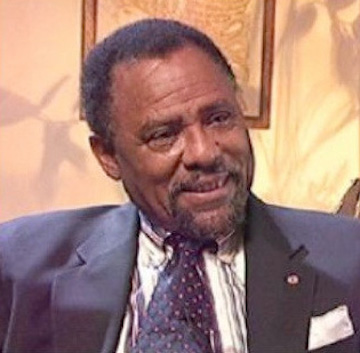 King Virgil Cheek Jr. is a lifelong educator, lawyer, and author, who, along with older brother, James Edward Cheek, served as president of the historic black college, Shaw University.

King Cheek was born on May 26, 1937, in Weldon, North Carolina. His mother, Lee Ella Williams Cheek, was an insurance broker and a school teacher, and his father, King V. Cheek Sr., was a Baptist minister and a Railway Express agent. The family moved to Greensboro, North Carolina, where Cheek first attended Washington Street Elementary School, then Lincoln Junior High, and graduated in 1955 from James B. Dudley High School.

Cheek attended Bates College in Lewiston, Maine, majoring in economics, and received his bachelor’s degree in 1959. From there, he went to the University of Chicago, receiving his master’s in 1960 and his J.D. from the University of Chicago Law School in 1964. He passed the Illinois State Bar and the North Carolina State Bar in 1965. Cheek became active in the civil rights movement in the early 1960s, participating in the 1963 March on Washington.

After passing the bar, Cheek passed up offers to work for white law firms and chose to teach at black colleges in the South. His first post was as assistant professor of economics (1964-1965) at Shaw University in 1964–1965. He served simultaneously in Shaw’s administration as dean and later vice president from 1964 to 1969 before being appointed as president of Shaw in 1969 at the age of thirty-two. King Cheek followed his older brother, James Edward Cheek, who had served as president of Shaw University from 1963 to 1968. In 1971 Cheek became the eighth president of Morgan State University, remaining in that position until 1974. While there, he received an honorary Doctor of Laws degree from Delaware State College in 1972.

Cheek married the former Annette Walker on August 10, 1968, and the couple had four children: King Virgil Cheek III, Kahlil, Antoinette, and Antoine.  He is a member of Sigma Pi Phi fraternity.

Cheek has served as the economic development consultant to the chief minister of Turks and Caicos Islands (1980); director of the Senior Executive Development Program, Government of Bermuda (1983–1985); member of the board of directors of the Baltimore Museum of Art and the Baltimore Urban League; and member of the board of the North Carolina Association of Colleges and the Association of Eastern North Carolina Colleges.