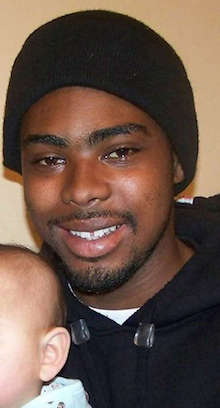 Oscar Juliuss Grant III was a resident of Oakland, California, and unfortunately is best known for being killed by a Bay Area Rapid Transit (BART) police officer in the early hours of New Year’s Day in 2009.

Grant was born to Oscar Grant Jr. and Wanda Johnson on February 27, 1986, in Oakland, California. At the time of his birth, Grant’s father was serving a life sentence for murder, thus making his mother a single parent. During his early years, Grant was active in his local church congregation and also enjoyed fishing, basketball, and baseball.

A combination of bad choices eventually led him to him drop out of Mount Eden High School in the tenth grade. Following this, Grant began escalation into trouble with the law and was arrested five times. At first, his offenses were for driving with broken lights, but then they morphed into drug dealing for which he was convicted and jailed. However, through all of this, his family life remained stable. He and his girlfriend, Sophina Mesa, welcomed a baby daughter, Tatiana, into the world in 2005.

In October of 2006, Grant was entangled in a traffic stop by the San Leandro police. He was carrying a loaded .380 pistol and made the decision to flee but was later arrested and sentenced to sixteen months in prison. He served his sentence in Alameda County Jail and Santa Rita Jail in Dublin until he was released in September of 2008. During his time in prison Grant earned his GED and acquired a passion for cutting hair. After his stint in prison, he wanted to follow this passion and become a barber.

At 2:00 a.m. on New Year’s Day in 2009, five BART police officers were dispatched to Fruitvale Station due to reports of two groups of young men fighting on the train. Passengers thought to be involved in the fight were singled out and detained by the BART officers. Grant was among those detained, although he was not involved in any altercations on that trip. He tried to explain this to a BART officer but was punched in the face by the officer. Grant was forced to his knees then his stomach by officers who wanted to put handcuffs on him. During this process, Johannes Mehserle, another BART officer, fired his weapon at Grant while he was detained on the ground. Grant was severely wounded, taken to Highland Hospital, and died later that day.

In 2010 Mehserle, arguing that he was going for his taser and mistakenly pulled his revolver, avoided being charged with second-degree murder and voluntary manslaughter. He was instead found guilty of involuntary manslaughter. The controversial trial was moved from Oakland to Los Angeles. Tensions in the Bay area were cited as the reason for the move. The jury that convicted Mehserle in Los Angeles, however, had no African Americans serving on it.  Grant’s death at the hands of police was part of a pattern of highly controversial police shootings across the United States involving black women and men and various police departments. These shooting eventually led to the Black Lives Matter Movement.