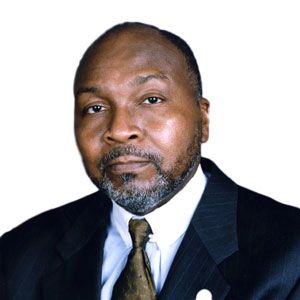 Ambassador Joseph Huggins is a retired Career Diplomat who on November 15, 2002 was nominated by President George W. Bush to serve as Ambassador to Botswana. Following U.S. Senate confirmation, Huggins arrived in Gaborone, the capital, where he served from January 28, 2003 until July 26, 2005.

Little is known about Joseph Huggins’s early life beyond the fact that he was born to parents Joseph and Elizabeth C. Huggins in 1951 in South Carolina.  He has three brothers named Jerome, Lawrence, and Michael and one sister, Lisa.

Huggins, who joined the U.S. Foreign Service in 1977, had a long and distinguished diplomatic career serving in senior positions at U.S. embassies in Guinea, Jordan, Kenya, and Togo.  His first assignment, however, was at the embassy in Moscow when it was the capital of the Soviet Union.  While Ambassador to the Republic of Botswana he also served as the U.S. Secretary of State’s Special Representative to the Southern Africa Development Community, a political and economic organization composed of 14 countries in southern Africa.

During his time as ambassador, Huggins was responsible for strengthening U.S.-Botswana relations while promoting trade and investment opportunities for firms in the U.S. He also helped to develop strategies to increase investment flows into Africa and worked with The Corporate Council on Africa as Senior Advisor to the Financing and Capital Flows Committee to accomplish this.  Huggins acted as a liaison between African governments and the U.S. business community as well as various European and North American trade associations.

Shortly after the end of his tour as ambassador, Huggins retired from the U.S. Foreign Service.  The following year he founded and became president and CEO of the Huggins Group, a consulting firm which provides strategic advice to U.S. companies interested in trade and investment opportunities in Africa.  He also founded Travel Leisure, a tour operating business in Botswana and is a principal member of Energy Resources International which provides strategic advice to corporations on the purchase of hydrocarbon products.

Huggins served on the Sub-Saharan Africa Advisory Committee for the Export-Import Bank of the United States.  While there he provided guidance to the Bank in developing policies to strengthen U.S. trade with Africa.  In 2008 Huggins served on the transition team of President-elect Barack Obama where he reviewed National Security issues the incoming administration would face with senior staff at the U.S. Department of State.

Ambassador Huggins currently serves on the advisory board of Wintra Energy, chairs the board of directors of the non-profit Ariel Foundation International, and is a founding member of Airborne Lifeline Foundation, a charitable organization working in a public-private partnership with the governments of Botswana and Malawi to provide a flying medical service which transports health care professionals and medical supplies to remote villages on a regular weekly or biweekly schedule. He is also a founding board member of the Botswana based “Show You Care Trust” and sits on the Advisory Boards of the New York-based Monolith Africa Infrastructure Fund and Harvard University’s Young African Leaders Association.