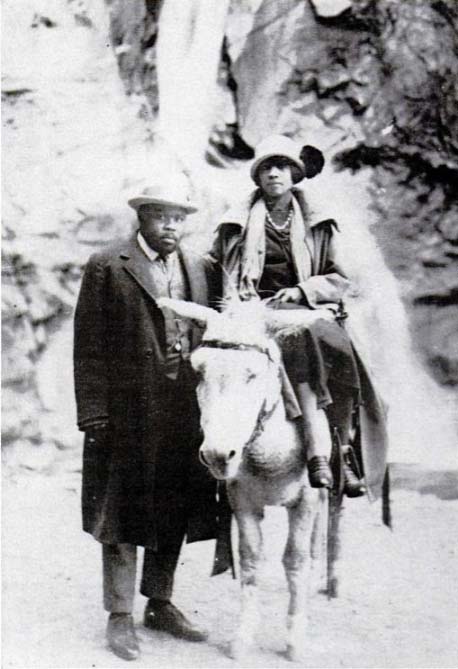 Amy Jacques Garvey became the second wife of famous United Negro Improvement Association (UNIA) leader Marcus Garvey in July 1922, only a few months after his divorce from his first wife, Amy Ashwood. Ironically Jacques was not only a friend but the maid of honor at the Garvey-Ashwood wedding on Dec. 25, 1919. In 1920, Jacques became Garvey’s companion and personal secretary.

Jacques was a pioneer of Pan-African emancipation who was born in Kingston, Jamaica on Dec. 31, 1885. Challenged intellectually by her father and growing up privileged gave Jacques the opportunity to go to the finest schools in Jamaica. Jacques’ lineage was deeply rooted in an upper-class British heritage. Her great-great grandfather, John Jacques, was the first mayor of Kingston. Coming from such a background, her father, George, like Amy, had the opportunity to receive a formal education.

In 1891 George married Charlotte Henrietta, Amy’s mother, who also was formally educated. Charlotte’s mother was a black woman while her father was a white English farmer. This put the couple and their family in a popular section for the “brown”/colored elite on the outskirts of the city.

After her schooling in Jamaica, Amy Jacques moved to the United States in 1917. There she met Marcus Garvey and they wed in 1922. She became the first lady of the Interim-Provisional Government of Africa of the UNIA and African Communities League (ACL) in August of 1920. Jacques, like her husband, was dedicated to dissemination of the philosophy and principles of race, self-reliance, and nationhood.

In 1923, Jacques edited and published Volume One of The Philosophy and Opinions of Marcus Garvey.  She released Volume Two in 1925.  She also edited the UNIA’s newspaper, The Negro World.  After Garvey was sent to prison on charges of mail fraud in connection with the Black Star Line, Jacques acted as his personal representative, rallying to his defense, making speeches to the branches of UNIA and even using the two publications to raise funds for his legal defense.

After Garvey’s release and deportation from the United States, Jacques returned to Jamaica with Garvey and their two children, Marcus Garvey, Jr. and Julius Garvey. As they toured England, France and Germany, Jacques still contributed as an editor to The Negro World.

After Garvey’s death in 1940, Jacques continued the struggle for black nationalism and African independence.  In 1944 she wrote “A Memorandum Correlative of Africa, West Indies and the Americas,” which she used to convince U.N. representatives to adopt an African Freedom Charter. By 1963, she published her own book, Garvey and Garveyism and later published two collections of essays, Black Power in America and The Impact of Garvey in Africa and Jamaica.  Amy Jacques died on July 25, 1973, in her birthplace of Kingston, Jamaica.