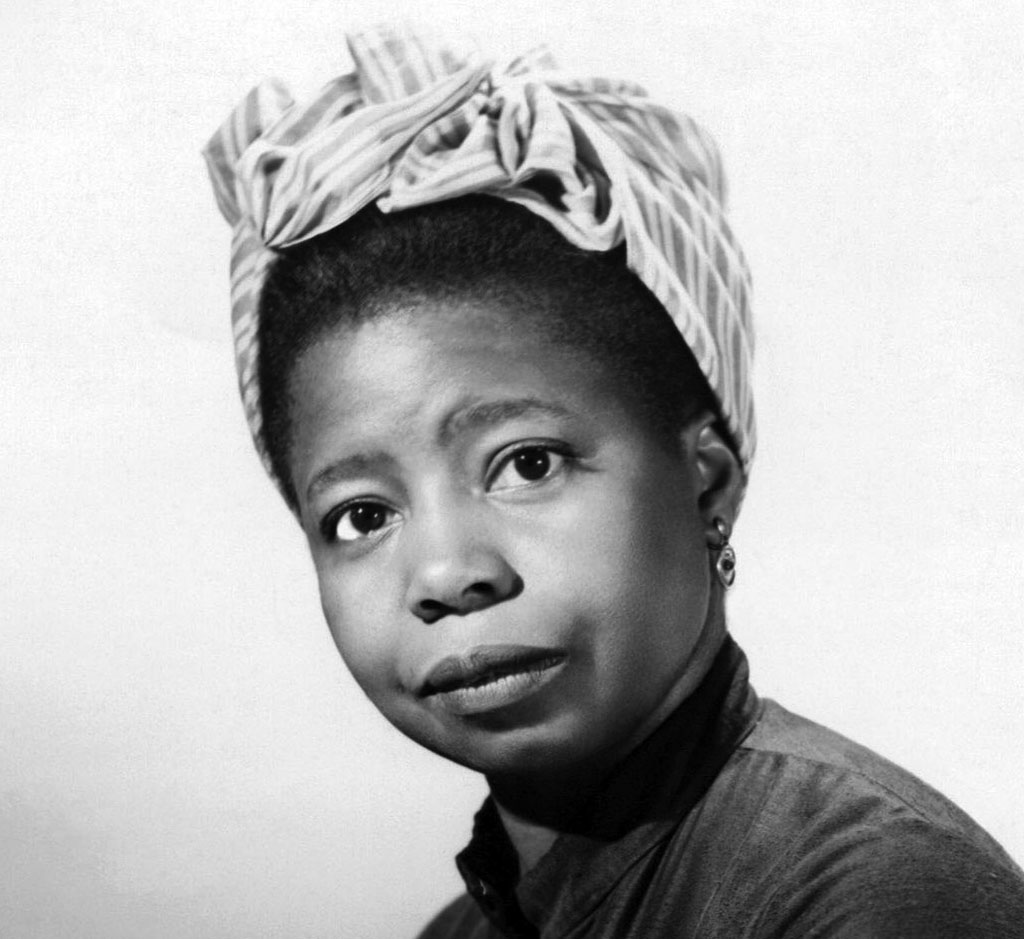 Actress Thelma “Butterfly” McQueen was born in Tampa, Florida on January 8, 1911. Her father, Wallace McQueen, worked as a stevedore and her mother, Mary Richardson, was a housekeeper and domestic worker. After McQueen’s parents separated, her mother moved from job to job and McQueen lived in several cities on the East Coast before settling in Augusta, Georgia. As a young teen, McQueen moved to Harlem, New York, where her mother worked as a cook.

McQueen enrolled in the Lincoln Training School for Nursing in the Bronx before pursuing an acting career. She joined Venezula Jones’s Youth Theatre Group in Harlem and performed in the Group’s 1935 production of A Midsummer Night’s Dream. As a result of her role in the production’s “Butterfly Ballet,” she adopted “Butterfly” as her stage name.  In 1937, McQueen debuted on Broadway in Brown Sugar.  She also appeared in What a Life (1938) and the Benny Goodman and Louis Armstrong musical, Swingin the Dream (1939).

McQueen received her big break in Hollywood when David O. Selznick cast the 28-year-old actor as Prissy in Gone with the Wind (1939). McQueen’s role as Prissy brought her national fame and it remains her most remembered performance.

For the next ten years, McQueen continued to work in film, television, and radio. As a result of the limited roles available to African American women in the entertainment industry, McQueen frequently was cast as the maid. Her film work included The Women (1939), Cabin in the Sky (1943), I Dood It! (1943), Mildred Pierce (1945), and Killer Diller (1948) among others. She worked in radio on the Jack Benny Show and on Beulah, which became a television show in 1950.

Unable to support herself as an actress, McQueen worked in a wide-range of occupations, including as a restaurant owner, paid companion, waitress, tour guide, Macy’s toy department employee, cab dispatcher, music and dance teacher, radio show host, and factory worker. She temporarily moved back to Augusta, Georgia for employment in the 1960s.  By the end of the decade, she returned to Harlem where she worked as a receptionist and dance teacher at Mount Morris Park Recreation Center. In the 1970s, McQueen enrolled at the City College of New York where she earned a degree in political science.

McQueen continued to perform on screen and stage sporadically. She appeared in three films in the 1970s and 1980s, including Mosquito Coast (1986). She won a Golden Globe and Emmy Award for her performance in Seven Wishes of Joanna Peabody (1978).

In 1989, McQueen participated in the 50th anniversary celebration for Gone with the Wind.  In 1995, a kerosene fire burned down her Augusta, Georgia home and McQueen received severe burns. She died from her injuries on December 22, 1995.