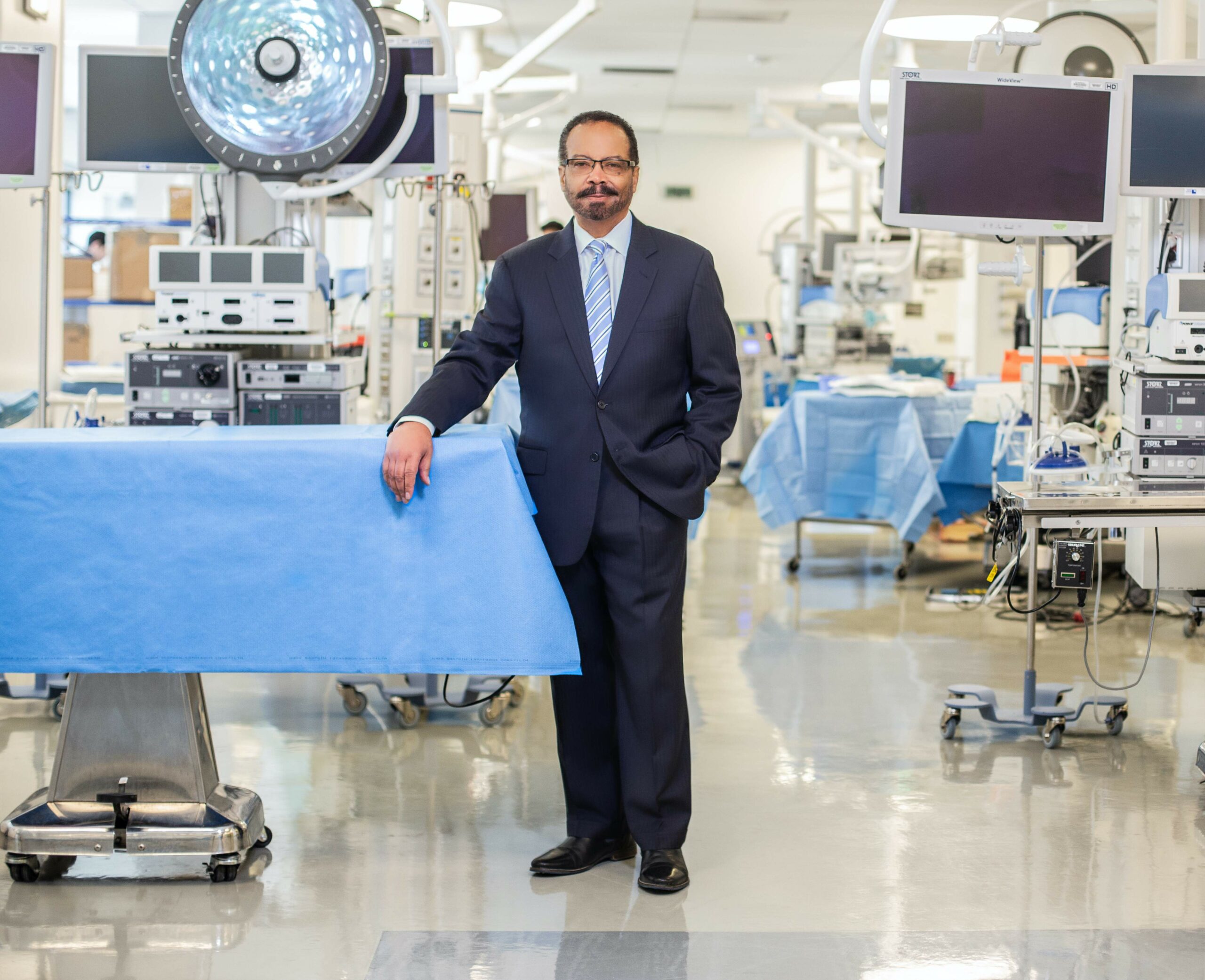 Pioneering physician–physicist Roderic I. Pettigrew was born in Waynesboro, Georgia, on March 26, 1951, one of the three children of Dr. Cleveland W. Pettigrew, president of Fort Valley State University from 1973 to 1982, and the former Edwina l. Phinazee. An exceptional student at Monroe High School in Albany, Georgia, upon completing his junior year he left to enter Morehouse College in Atlanta, Georgia, on a full scholarship and graduated cum laude with a degree in physics in 1972. He next earned his master’s degree in nuclear science at Rensselaer Polytechnic Institute in Troy, New York, in 1974, then his Ph.D. in applied radiation physics in 1977 at the Massachusetts Institute of Technology (MIT) in Cambridge, Massachusetts. Two years late a fast-track program of study in radiology allowed him to obtain his M.D. at the University of Miami Medical School in Coral Gables, Florida. He completed his residency at Emory University in Atlanta and took further training in nuclear medicine at the University of California, San Diego.

Having previously worked as a research scientist at MRI manufacturer, Picker International between 1985 and 2002, where he focused on cardiac imaging, Pettigrew then held faculty appointments at the Georgia Institute of Technology and Emory University where he taught cardiology, radiology, and bioengineering. In 2002 he became Director of the Emory Center for Magnetic Resonance Research which solidified his outstanding reputation in the field of cardiovascular system four-dimensional imaging made possible by MRI technology.

A highly respected scholar who has authored numerous scientific papers, in 2002 Pettigrew left Atlanta to be the founding director of the National Institute of Biomedical Imaging and Bioengineering (NIBIB) at the National Institutes of Health in Bethesda, Maryland. For the next fifteen years he took the new institute to unanticipated heights, overseeing its budget and leading other federal agencies in the awarding of U.S. patents. He arranged with the Howard Hughes Medical Institute to establish interdisciplinary training programs; launched the Quantum Grants program to quickly achieve successful results in healthcare research; encouraged innovative technologies to address spinal cord injury and blood pressure monitoring; and introduced the NIBIB Trailblazer grant award to advance “early-stage investigators in exploratory, high-impact research.” In 2012, the U.S. Senate unanimously passed a resolution lauding Dr. Pettigrew’s accomplishments of the NIBIB.

In November 2017, Pettigrew began his appointment to head two new enterprises at Texas A&M University.  He became the Chief Executive Officer (CEO) of EnHealth and Executive Dean for EnMed. He also occupied the Robert H. Welch Endowed Chair in Chemistry at the university. As CEO of EnHealth he was assigned to direct the integration of engineering into the university system’s colleges related to healthcare—namely, the colleges of Medicine, Dentistry, Public Health, Nursing, Pharmacy, and Veterinary Medicine—and as Executive Dean of EnMed he was charged with partnering with Houston Methodist Hospital to train students on a medical engineering track to solve complex medical issues. Among Pettigrew’s many awards and recognitions are Gold Medals received from the Academy of Radiology Research and the Radiological Society of North America; Most Distinguished Alumnus of the University of Miami (1990); and membership in Phi Beta Kappa, National Academy of Medicine, and National Academy of Engineering. In tribute to him, at Morehouse College, students majoring in STEM fields selected as Pettigrew Scholars are awarded up to $5,000.