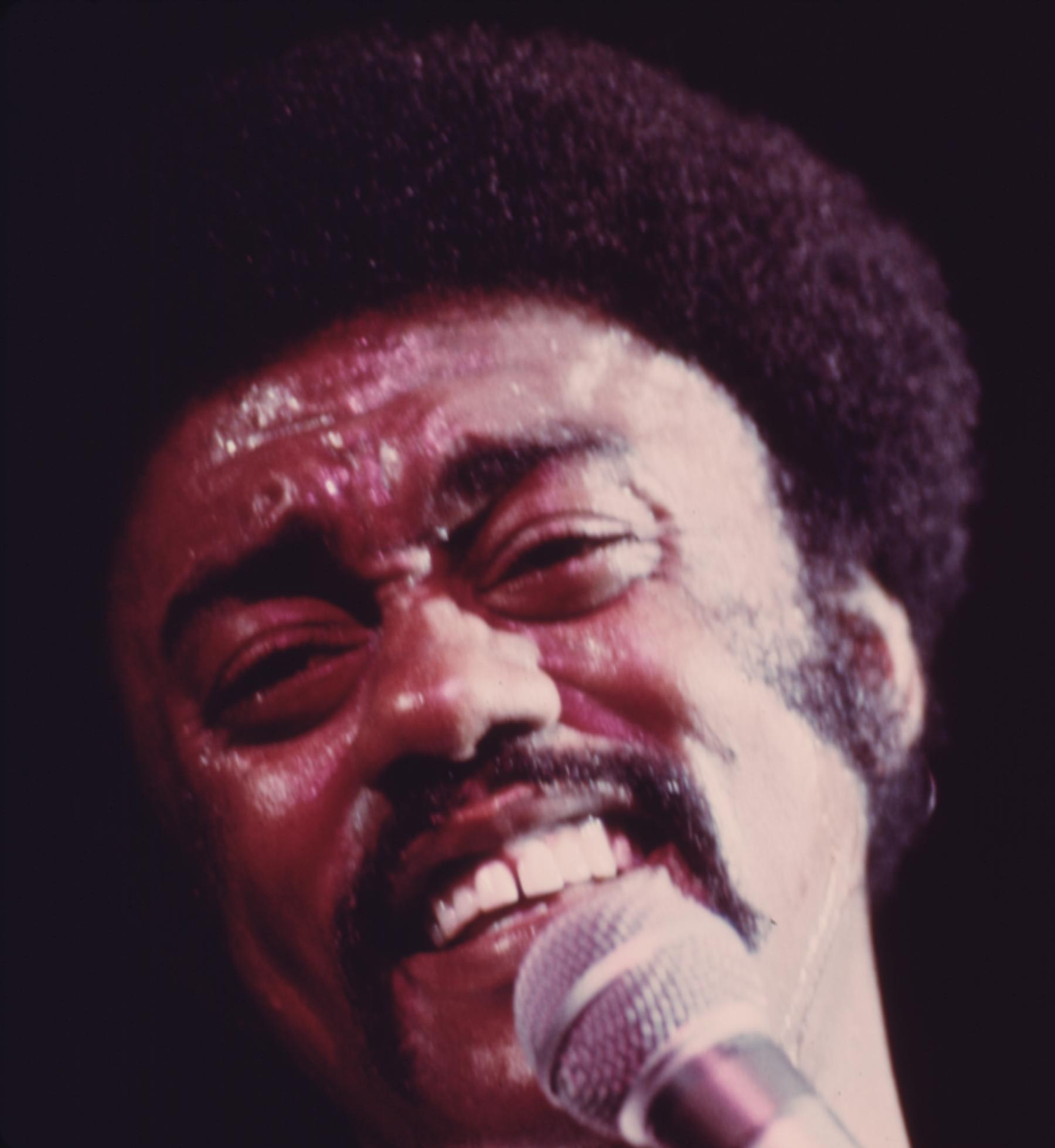 Johnnie Harrison Taylor was an R&B and gospel singer prominent in the 1960s and 1970s.  His career crossed genres and generations spanning around four decades and resulting in three Grammy nominations. He has released dozens of albums and was inducted in to the Arkansas Black Hall of Fame in 1999.

Taylor was born in Crawfordsville, Arkansas on May 5, 1934. He usually gave his birth year as 1938 but after his death it was discovered through social security records to actually be four years earlier. He was the youngest of three siblings and was raised by his grandmother who was very religious. She stressed the importance of attending church, which is where Taylor discovered he wanted to pursue a career in music. He began singing in the church choir when he was very young, and moved to Kansas City, Missouri with his grandmother when he was ten. There he performed with gospel group, the Melody Kings.

In 1953 Taylor, then 19, moved to Chicago, Illinois and joined doo-wop group the Five Echoes, while also performing with gospel group the Highway Q.C.’s. He befriended Sam Cooke and replaced him in the Soul Stirrers in 1957 when Cooke left to pursue a solo career. While a member of the Soul Stirrers, Taylor became an ordained minister. When he left the group, he went to Los Angeles, California to become a full-time preacher but was convinced by Sam Cooke to sign with Cooke’s new label SAR as its first artist in 1961.

Taylor was left without a record deal in 1965 after Sam Cooke was murdered and his label folded. His search for a new home led him to sign with the Stax label in Memphis, Tennessee in 1965 where he was given the nickname, the Philosopher of Soul. His ten years at the label proved him well releasing his first #1 R&B hit “Who’s Making Love” in 1968. The label however went bankrupt in 1975 leaving Taylor label-less once again.

Later in 1975, Taylor signed with CBS/Columbia Records debuting the album Eargasm in 1976. This album had Taylor’s most successful single, “Disco Lady,” which was his first #1 pop hit and was the first certified platinum single, meaning that it was recognized by the Recording Industry Association of America (RIAA) as selling at least one million records. The first RIAA platinum award went to the Eagles for their album Their Greatest Hits (1971-1975).

After the success of “Disco Lady,” the label pushed Taylor to record more disco music, but that wasn’t where his heart was.  He left CBS/ Columbia and signed with Beverly Glen in 1982. He recorded one album here, before finding his home at Malaco Records in Jackson, Mississippi in 1984. Malaco Records was a southern label that focused on preserving the classic soul and blues sounds of the region. Taylor recorded 12 albums over the next fifteen years at Malaco Records, with a hybrid of blues and soul sounds. His 1996 album Good Love! Topped the Billboard blues charts. His final album was released in 1999 called Gotta Get the Groove Back.

Johnnie Taylor died on May 31, 2000 in Duncanville, Texas after suffering a heart attack. He is buried at Forest Hill Cemetery in Kansas City, Missouri.