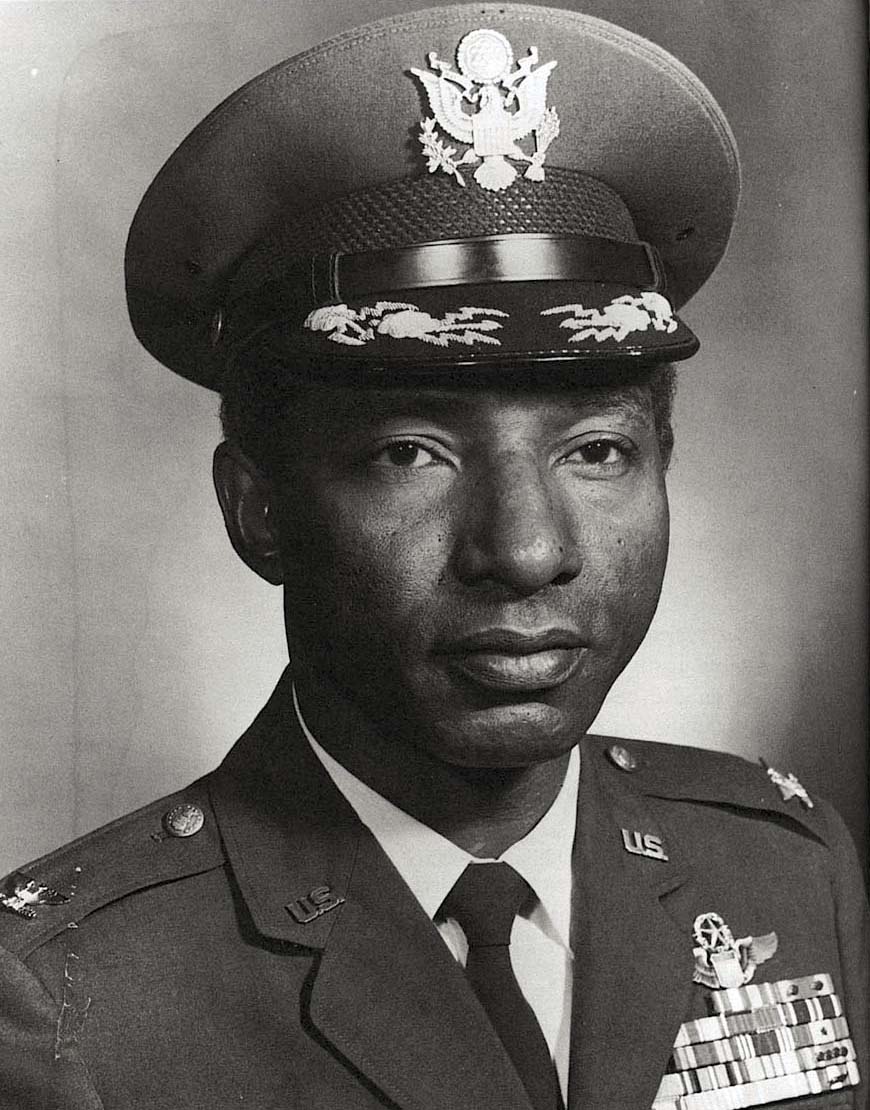 Fred Vann Cherry was the highest-ranking African American POW during the Vietnam War to receive the Air Force Cross, the second-highest military recognition. Cherry was born on March 24, 1928 in Suffolk, Virginia to John Cherry, an impoverished farmer and occasional laborer, and Leolia Cherry. Neither of his parents received an education beyond elementary school. Since childhood, Cherry had been fascinated by planes flying over his home at low altitudes and performing aerial maneuvers. Because of the nearby military base, he was determined to join the United States Air Force. In 1951, after graduating from Virginia Union University he confronted an evasive military recruitment officer who seemed disinterested in enlisting African Americans. Despite his reluctance, Cherry persisted until he was allowed to take the test for flight school at Langley Air Force Base in which he, the only black test taker, earned the highest score.

Cherry completed flight school during the Korean War and was immediately deployed to combat in the region where he flew numerous missions. These missions included flying in straight-winged jet fighter-bombers and attacking enemy positions with cannons, rockets, thousand-pound bombs, and napalm.

When the Vietnam War commenced, he was promoted to major and flew the F-105 tactical bomber. On October 25, 1965, while leading a squadron on a low-flying mission to attack a radar installation in North Vietnam, enemy ground fire hit his plane, causing it to explode in midair. While he survived the crash, he shoulder was injured and he suffered a broken wrist and ankle. Cherry was captured and imprisoned in Hoa Lo Prison, infamously called the Hanoi Hilton. Afterwards, he was taken to Cu Loc Prison, widely known as “the Zoo,” where he was cared for and befriended by Lt. Porter A. Halyburton, a white Southerner. Author James S. Hirsch detailed the interactions between Cherry and Halyburton in his 2005 bestseller Two Souls Indivisible: The Friendship That Saved Two POWs in Vietnam.

Resisting pressure from his captors to publicly comment on racism in the United States, Cherry was repeatedly tortured and placed in solitary confinement over the next seven years. The captors finally released him on February 12, 1973 where he returned to the United States and a tumultuous situation with his wife Shirley, whom he soon divorced, and left behind four children. He also had to fight a protracted legal battle to regain the government funds his wife had improperly spent while he was a POW.

Meanwhile, Cherry attended the National War College in Washington D.C. and then worked in the Defense Intelligence Agency. He retired in 1981 with the rank of Colonel. Cherry continued to work as a technical consultant and manager for several businesses and found time as a member of Tuskegee Airmen Inc. to urge black youth to study subjects that could result in a career in aviation.

On February 16, 2016, Fred Vann Cherry died in Washington, D.C. of heart failure at the age of 87. A college scholarship fund and a middle school in his hometown are named in his honor. His portrait hangs in the Pentagon.