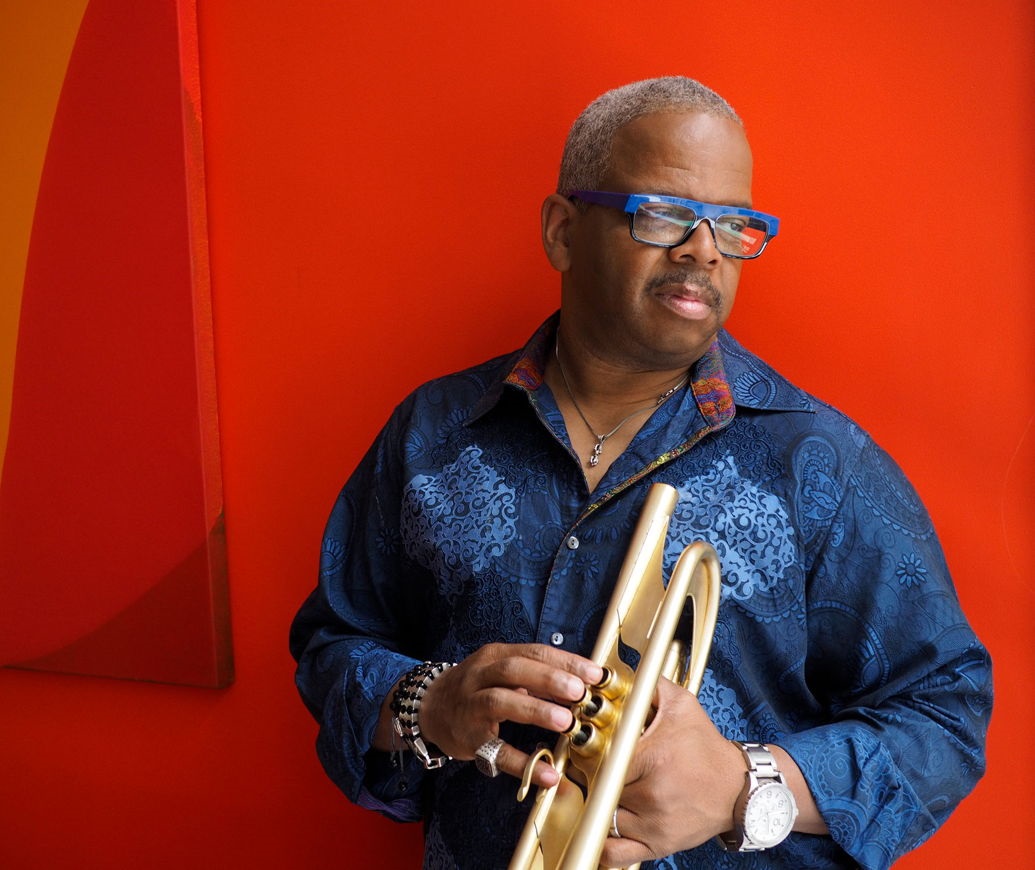 Composer, conductor, trumpeter Terence Oliver Blanchard, Sr. was born on March 13, 1962, in New Orleans, Louisiana, to Joseph O. Blanchard, an insurance company manager, and an opera singer, and Wilhelmina Blanchard. At the age of five, Terence began piano studies, and by eight, he picked up the trumpet. He continued music studies on brass instruments at the New Orleans Center for Creative Arts. Blanchard attended Loyola University’s summer music camps while at the black Catholic school, St. Augustine High School. However, he left St. Augustine and graduated from John F. Kennedy High School in New Orleans in 1980. From 1980 to 1982, Blanchard studied Music at Rutgers University, and in 1982 he became a member of the Lionel Hampton Orchestra for one year, then on to Art Blakey’s Jazz Messengers until 1986. In 1990, Blanchard recorded Music From “Mo Better Blues” with the Branford Marsalis Quartet that included “Mo’ Better Blues” that peaked at no. 63 and remained charted for 14 weeks.

In 1991, Blanchard released his self-titled debut album for Columbia Records, which reached no. 3 on the Billboard Jazz Charts. In 2000 Blanchard was named artistic director of the Thelonious Monk Institute of Jazz at the University of Southern California at Los Angeles.

In 2007, the Monterey Jazz Festival named Blanchard Artist-In-Residence. The following year, 2008, he won a Grammy Award for “Best Large Jazz Ensemble Album” for A Tale of God’s Will (A Requiem for Katrina). And in 2009, Blanchard performed alligator Louis’ trumpet parts in the Disney movie The Princess and the Frog. He became the artistic director of the Henry Mancini Institute at the University of Miami in 2011. A year later, in 2012, he received honorary degrees from the Xavier University of New Orleans and Skidmore College in New York. Blanchard was awarded an honorary doctorate from the Manhattan School of Music in 2017.

In 2013 Blanchard’s opera “Champion” had its world premiere with the Opera Theatre of Saint Louis. Two years later Blanchard was named a visiting scholar in jazz composition at Berklee College of Music and he received a Grammy nomination for his album Breathless. In addition, in 2018, he was nominated for an Academy Award for composing the “Best Original Score” for Spike Lee’s film BlacKkKlansman. That same year Blanchard was named a USA Fellow, thus receiving a $50,000 unrestricted award and was recognized as the most compelling artist working and living. In 2019, his opera Fire Shut Up in My Bones based on the book by Charles M. Blow had its world premiere at Opera Theatre of Saint Louis. He also scored the 2019 Harriet Tubman biopic Harriet and the following year, 2020, he was once again nominated for an Academy Award for the score of Lee’s film, Da 5 Bloods.

In 2021, Blanchard’s opera Fire Shut Up in My Bones became the first operatic work by an African American to composer to be presented at New York’s Metropolitan Opera since its founding in 1839.

Terence Oliver Blanchard, Sr., who has composed scores for more than 40 films, continues teaching at UCLA’s Herb Alpert School of Music, where he holds the Kenny Burrell Chair in Jazz Studies. He and Robin Burgess were married in 1996. They are parents of four children.