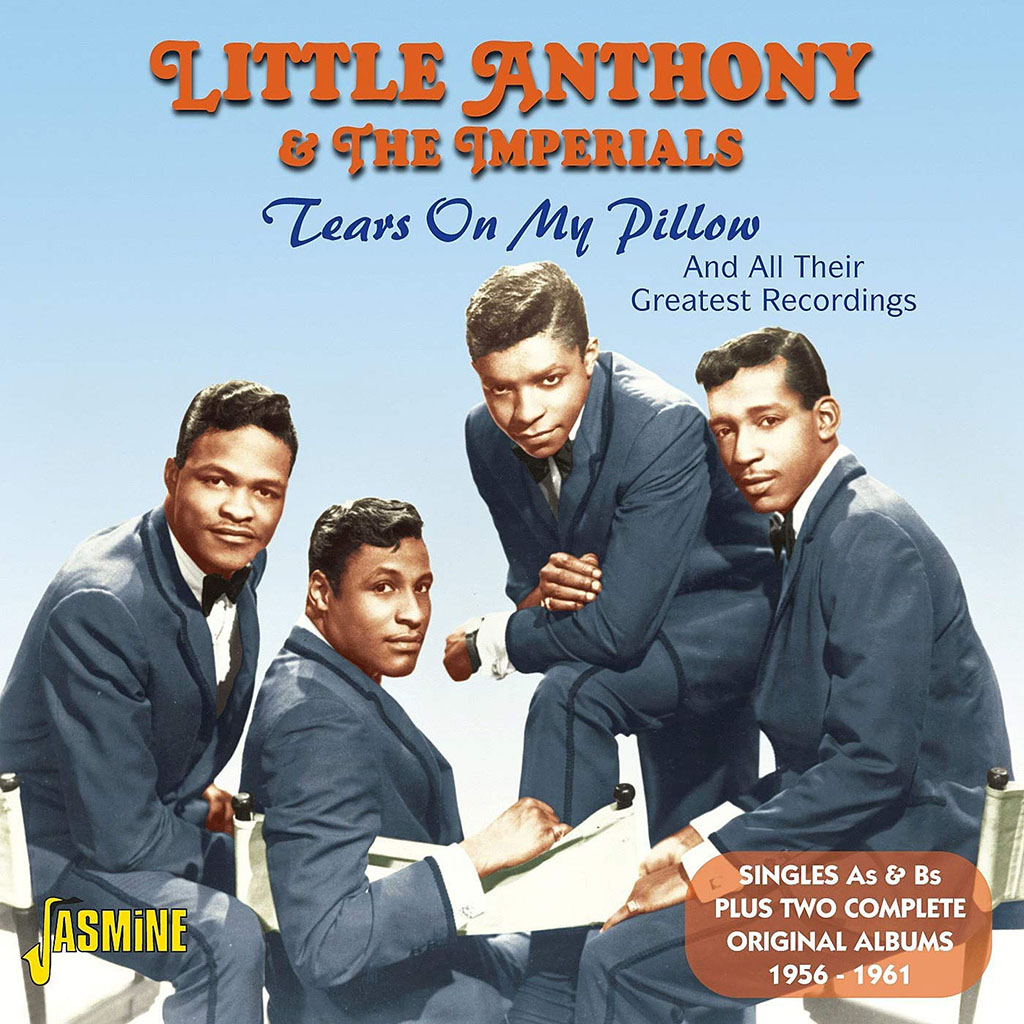 Tears On My Pillow And All Their Greatest Recordings (Jasmine Music, 2012) album by Little Anthony and the Imperials
Fair use image

The group changed its name in 1958 and began producing a string of chart hits, including their first hit, “Tears On My Pillow” (1958) on the End label. It entered Billboard’s Top 100 chart and peaked at #4, spent 19 weeks on the Top 100. It also reached #2 on Billboard’s R&B Singles chart selling more than one million copies. The flip side of the record, “Two Kinds of People,” also became a hit as well.

In 1965, Little Anthony and the Imperials released another hit, “Hurts So Bad.” This single entered Billboard’s Hot Top 100 chart and peaked at #10 for one week before spending eight additional weeks in the Top 100. It also reached #3 on Billboard’s R&B Singles chart.

A decade later, in 1975, Little Anthony and the Imperials released the album Hold On on Avco’s label. While the musical composition was appealing, it was not a financial success.

In 2008 the ensemble released the album You’ll Never Know and performed on the Late Show with David Letterman. However, Tracey Lord, one of the original members, died on March 19, 2008, at 68.

As of 2021, all of the still living original members of Little Anthony and the Imperials are in their eighties with plans to perform at the Willwood Convention Center in Willwood, New Jersey, on October 16, 2021.