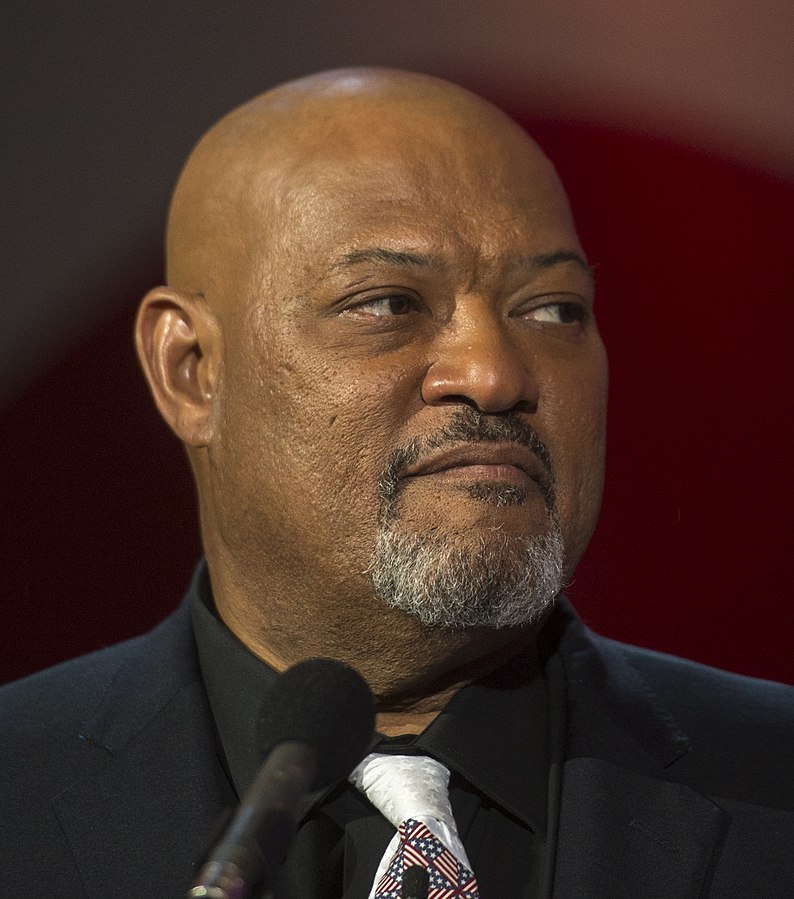 Actor Laurence Fishburne III was born on July 30, 1961 in Augusta, Georgia to parents Laurence Jr. and Hattie, a corrections officer and a schoolteacher. After the couple separated Hattie moved young Fishburne to Brooklyn, New York where the two lived with her mother.

Fishburne’s first acting role was at age twelve in the soap opera One Life to Live. His first role in a feature film was in the movie Cornbread, Earl and Me (1975).  At age fifteen Fishburne auditioned for Francis Ford Coppola’s Vietnam-war epic Apocalypse Now. He lied about his age, got the role, and spent two years in the Philippines with the cast and crew filming the movie, which was released in 1979. He had roles in two more Coppola films, Rumble Fish (1983) and Cotton Club (1984).

His breakout role was in John Singleton’s 1991 film Boyz in the Hood, where he played a young father in South Central Los Angeles. The following year, Fishburne made his Broadway debut in Two Trains Running, for which he won the Tony Award and several other awards for best actor.  In 1993 Fishburne won an Emmy for his role in the television series Tribeca directed by Robert De Niro. In the same year he played Ike Turner alongside Angela Bassett as Tina Tuner in What’s Love Got to Do with It, and both actors received Academy Award nominations for their roles.

Fishburne continued to play notable roles in films in the 1990s, including Hannibal Lee in Tuskegee Airmen (1995), and the title role in Othello (1996), which made him the first African American to play the lead role in a film version of a Shakespeare play. In 1995 Fishburne did the writing and staging for the off-Broadway play Riff Raff.  He later adapted the play into a movie (Once in the Life, 2000) which he directed, wrote, and played the lead role.

His most famous role is that of Morpheus in the hit science fiction trilogy The Matrix (1999) and its two sequels (released in 2003). In 2008 Fishburne was nominated for a Tony award and won his second Drama Desk Award for his portrayal of former Supreme Court Justice Thurgood Marshall in the one-man play Thurgood. The same year he also landed his first regular television role in CSI.

In 2010 Fishburne’s daughter Montana, born in 1991, revealed her career as a pornographic actress, causing significant turmoil in Fishburne’s personal life. Montana and brother Langston (born 1987) were children of Fishburne and ex-wife Hajna O. Moss. Fishburne married Gina Torres in 2002, and the two had daughter Delilah in 2007.