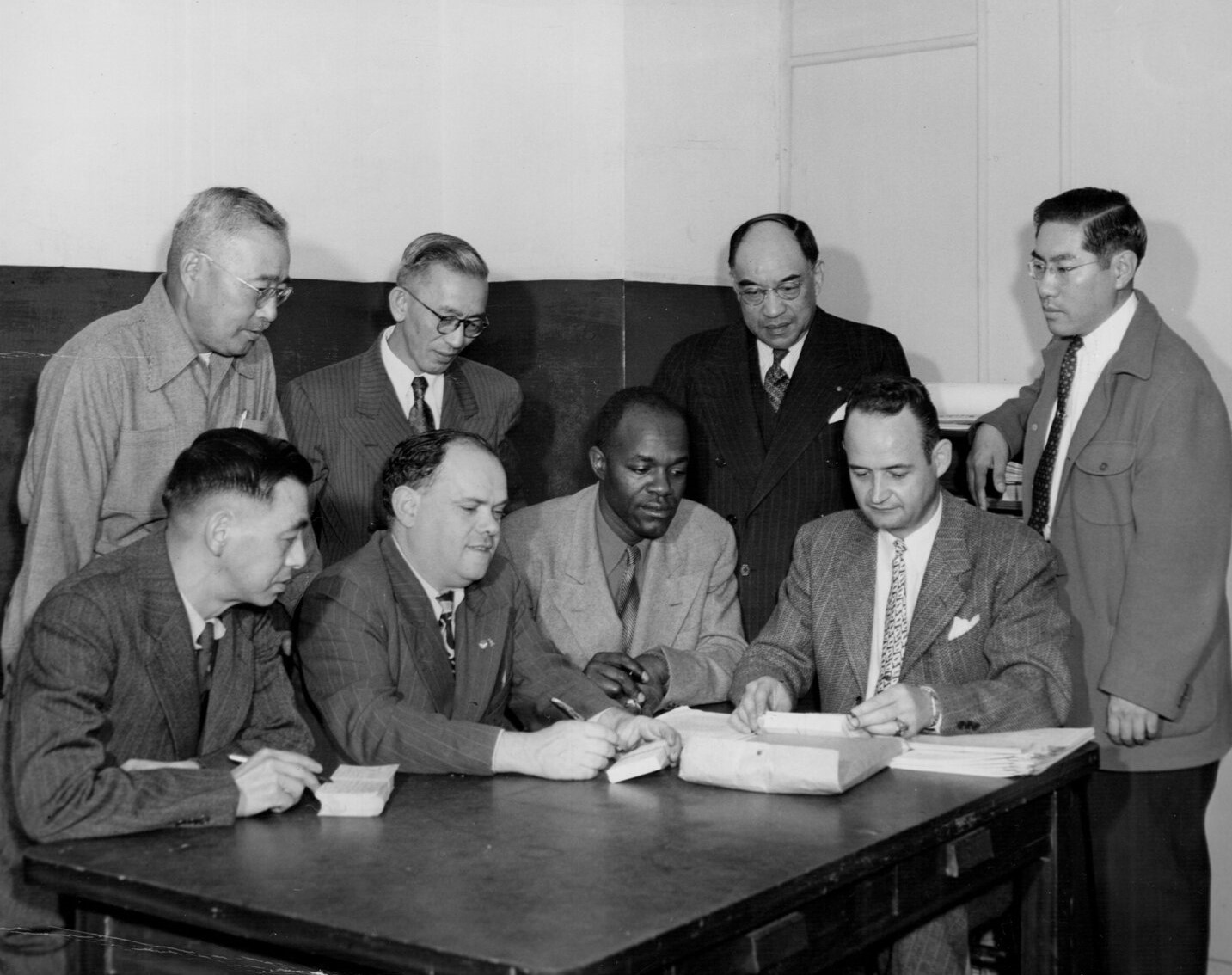 Formed in 1946, the Jackson Street Community Council (JSCC) became the first institutional link between the often divided communities of color in Seattle, Washington. Seattle was strictly segregated at this time, and the JSCC represented part of the Central District (where most of Seattle’s African American population resided) and the International District (where most of the Asian American population lived).

The JSCC was established to support the businesses, volunteer associations, and social groups of these communities, but also became a civil rights advocacy organization. The JSCC provided a business and service directory of the local shops it supported, encouraged its community through sponsorship of local sports teams, girl and boy scout troops, and enabled the growth and transformation of the area by achieving public works projects such as traffic light installation.

The Jackson Street Community Council also encouraged inter-ethnic cooperation. Following the population boom of World War II, communities of color in Seattle were often pitted against each other in competition for work opportunities and housing. Animosity between African Americans and Japanese Americans grew particularly acute as the latter returned from their wartime internment camps. Despite the inter-racial tension of the time, the JSCC attempted to bridge the divide among Seattle’s minority populations in order to bolster their individual community efforts to achieve greater civil rights.

The JSCC, for example, rotated officer positions between its members regardless of ethnicity, as well as its Man of the Year selection.  The JSCC proved to be quite successful, and its achievements in inter-ethnic cooperation became a powerful example for other such associations being created across the nation. In February 1967, the Jackson Street Community Council merged with the Central Area Community Council to form the Central Seattle Community Council.