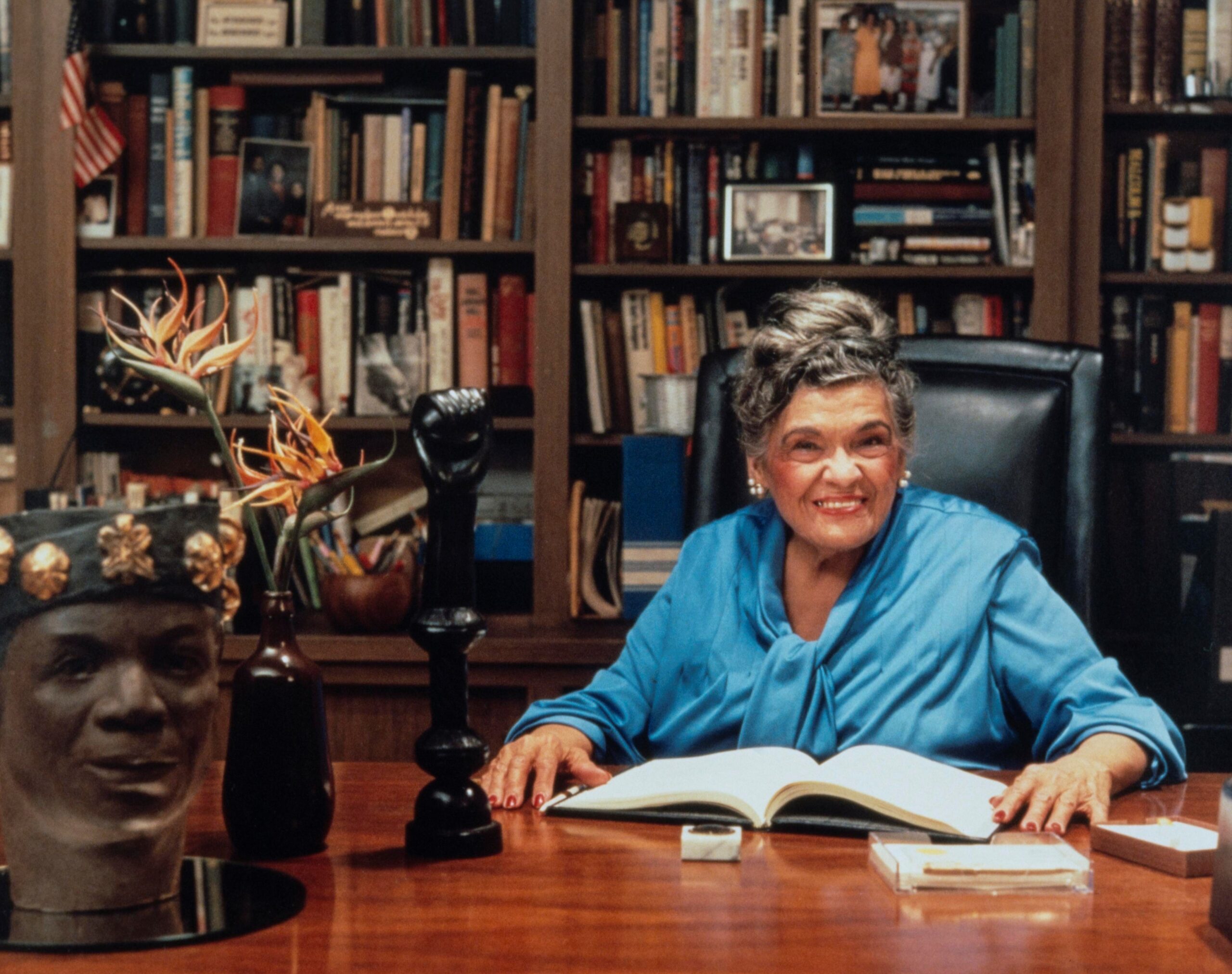 Zelma Watson George, philanthropist, opera singer, and political activist was born December 8, 1903 in Hearne, Texas to Samuel E.J. Watson and Lena Thomas Watson. George’s father was a Baptist minister, and because of the requirements of his profession, moved frequently. In 1917 the family moved to Topeka, Kansas where daughter Zelma graduated from high school.

After graduation, George attended the University of Chicago where she earned her B.A. degree in Sociology in 1924. Later that year, she enrolled in Northwestern University where she studied the pipe organ, while simultaneously enrolling as a voice student at the American Conservatory of Music in Chicago, in 1925. In 1927 George began working as a social caseworker for the Associated Charities of Evanston, Illinois. A year later, she became a probation officer for Chicago’s Juvenile Court. In 1932, George accepted an offer to serve as the Dean of Women and Director of Personnel Administration at Tennessee A&I, in Nashville. Wanting to earn a graduate degree, she applied for and was granted the Rose Mall Scholarship and began spending her summers at New York University. It took her many years, but in 1943, George received her Master’s degree in Personnel Administration from New York University.

In 1937, George married her first husband, a newly ordained minister, Baxter Duke. The couple moved to Los Angeles where she established the Avalon Community Center and became the organization’s executive director, managing a staff of over 200 workers. In 1942, George and her first husband were divorced. That same year she received the Rockefeller grant to continue her studies in African American Music. She moved to Cleveland, Ohio to pursue those studies and there met her second husband, a prominent lawyer, Clayborne George.  The two were married in 1944. George continued to work on her dissertation while working in the Cleveland community where she volunteered for such organizations as The Conference of Christians and Jews and the local branch of the National Association for the Advancement of Colored People (NAACP).

In 1949, George became the first African American woman to sing the title role in an all-black production of a Gian Carlo Menotti’s opera, The Medium, at the Karamu Theatre in Cleveland. She continued in that role on Broadway.  George continued her education, however, and in 1954 received a Ph.D. in Sociology and Intercultural Relations from NYU.

In the 1950s, George became an advisor for Dwight D. Eisenhower’s administration.  The President appointed her to the Defense Advisory Committee on Women in the Armed Forces and the Executive Council for the Society of African Culture. In 1960, she was appointed as an alternate in the United States delegation to the 15th General Assembly of the United Nations.  In 1966, George became executive director of the Cleveland Job Corps Center for Women, a position she held until her retirement in 1974. George won many awards for her life achievements, including the James Dodman Nobel Award in Human Relations in 1985. Zelma Watson George passed away on July 3, 1994 in Shaker Heights, Ohio.