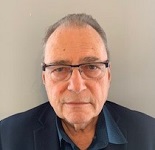 James A. Sullivan, a graduate of Holy Cross College with a B.A. in Philosophy, and Holy Apostles College, with an M.A. in Theology, taught in secondary school and college from 1973 to 1987 at Cathedral High School and Springfield Technical Community College both in Springfield, Massachusetts. From 1988 to 1994 he was Vice President and Editor of Publications, Catholics United for the Faith, Inc., in New Rochelle, New York. From 2000 to 2015 he worked for Municipal Art Society, New York City giving walking tours of Toussaint’s New York. He has written on Pierre Toussaint and has given innumerable talks and interviews on television and radio about Pierre Toussaint, including St. John Fisher Seminary and New York Historical Society. As an urban historian, he assisted Msgr. Michael A. Wrenn, member of the Archdiocesan team, when the Positio was prepared on Toussaint’s life and virtues and forwarded to Rome for the canonization process. More recently, he authored a 4-part article “Pierre Toussaint’s New York” for the blogspot Tea at Trianon.

African Americans began a migration up the island of Manhattan in the early 1800s. Starting in Five Points, which is now New York City’s Chinatown, they moved in succession to Washington Street on the Lower West Side, then the Tenderloin in the West 20s and … END_OF_DOCUMENT_TOKEN_TO_BE_REPLACED

In October, 1834 riots broke out in New York City spurred by a confluence of events: the fiery oratory of abolitionist Protestant ministers (many of whom were also nativist and anti-Catholics); the growing social assertiveness of former enslaved people and of free-born African-Americans in the … END_OF_DOCUMENT_TOKEN_TO_BE_REPLACED

The registry of nuptials for St. Peters Church in New York City lists an entry for August 5, 1811 for Pierre Toussaint to Mary-Rose Juliette Noel. The bride and groom were former slaves, brought to the United States by their slave owners who were themselves … END_OF_DOCUMENT_TOKEN_TO_BE_REPLACED

In 1808, the New York African Society for Mutual Relief was formally organized to assist widows and orphans, pay burial expenses for its members, and to serve as a brokerage house to buy real estate. The Society was the most successful 19th Century attempt by … END_OF_DOCUMENT_TOKEN_TO_BE_REPLACED