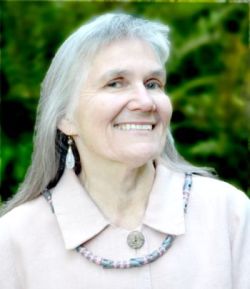 Raised for all of her formative years by an intelligent and caring African American lady from the South, Virginia Wyman has been steeped in African American interest for her entire life.  Native to Seattle, she grew up in awareness of the African American community as well as her family’s.  Following her graduation from the University of Washington with a Bachelor’s Degree in History in 1972, Virginia pursued her interest in African-Americana with a study of the Black Panther Party, the phenomenon of her own generation, for which she found the material available to be vast and rich, and reveled in the genius of Huey P. Newton.  One fascination led to another, and she had soon amassed a library of African American literature of over 250 titles; this collection has since been donated to Seattle College.  She soon realized that African American history and culture had to be actively supported and preserved in order to guarantee its availability into the future.  First a patron, she then became a supporter of Black Bird Books, a Seattle bookstore devoted to African American interest.  When she learned of the Schomburg Center for Research in Black Culture in Harlem, New York, which houses a collection of 10 million objects and is the nation’s largest repository for information on people of African descent worldwide, she became a member and supporter, and attended seminars there.  When she learned of the efforts of Dr. Mayme A. Clayton who had singlehandedly collected over 14,000 books, photography, records and other objects concerning African American history and culture and was storing them in a pre-fab garage in her backyard in Los Angeles, she immediately contacted Dr. Clayton and provided assistance.  Ultimately the Mayme A. Clayton Library & Museum was established.  Virginia was a charter member of the Smithsonian National Museum of African American History and Culture, which opened on the Mall in Washington D.C. in 2015.  In 2003 she led her family in establishing the V Ethel Willis White Endowment for African American History & Literature at the University of Washington Press which has since published over a dozen books of African American interest.

In 2012 Virginia was invited to become a member of the Board of Directors of BlackPast.org, a logical next step in her lifelong commitment to the preservation of African American history and culture.  She writes, “My interest in African American History & Literature is deep and abiding.  BlackPast.org has exponentially increased the availability of this material, posted on its website.  I am honored to have been chosen as a board member of BlackPast.org.”

Ms. Wyman’s awards include the Ned Behnke Leadership Award for exceptional vision and courage from the Northwest AIDS Foundation, 1996; the Service in the Arts Award from the Edwin T. Pratt Fine Arts Center, Seattle, in 2006; and in 2017, recognition for exceptional service on the Board of BlackPast.org, including her chairmanship from 2014 to 2016.  Virginia’s final two-year term of board service for BlackPast begins in January 2021.