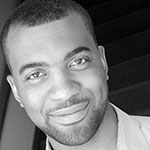 Shawn has also performed in a variety of stage, film, and television productions.  His acting credits include the TV shows Army Wives, Lifetime TV and Tyler Perry’s House of Payne, TBS.  For four seasons he played the stern Principal Turner on the hit series One Tree Hill, Warner Brothers Television.

Most recently, Shawn’s work focused on energy and the environment.  At Clean Skies News, he produced a three-part series digging into Georgia’s decades-long water war.  And at energyNOW! he traversed the Gulf Coast conducting interviews, and gathering stories for an in-depth look at the lives of those impacted by the 2010 BP oil spill.  He also served as a coordinating producer for live event coverage of landmark events like the 2008 Democratic National Convention, the 2009 National Clean Energy Summit, and the 2010 Conference of Parties (Climate Talks) in Barcelona, Spain and Copenhagen, Denmark.

Shawn continues to tell important stories while helping others find effective ways of communicating their ideas and messages.