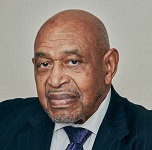 Emile began his career by working for several organizations in various roles such as: the Environmental Protection Agency, as a chemist; CIBA-GEIGY USA in Greensboro, North Carolina as a Senior Analytical Chemist; and the Seattle Public Schools as an educational planner/ evaluator.

Rejecting an offer from Monsanto which would have paid $20,000 more, Emile returned to UW in 1982 to serve as Head Chemistry Instructor of the Office of Minority Instructional Center (IC). In 1989 he was promoted to Director. In this role he oversaw a professional staff of 16 Study discipline-specific Instructors and a tutorial staff of 75-100. Approximately 60 of Emile’s chemistry tutors went on to earn medical degrees. Another 25 have successfully completed dental or graduate school. During his tenure as director the IC won two University Recognition Awards (one for instructional excellence and one for diversity efforts). Also, during this period more than 11,000 IC users went on to earn bachelors from UW. After more than 33 years, Emile retired as Associate Vice President for Assessment in the Office of Minority Affairs and Diversity (OMA&D). By the time of his retirement in 2014 he was recognized as an “elder statesman” of the Office of Minority Affairs and Diversity, not only for his knowledge of OMA&D history but also for his dedication to student success throughout his career.

Currently, he works part-time at OMA&D serving as Senior Advisor to the UW OMA&D Vice President, working on special projects, one of which is to lead efforts to write a book on the fifty-year history of minority affairs. Another project involves working with the UW College of Education on an initiative to improve the access, retention, and graduation rates of underrepresented minority males.

Honors and awards Emile has received include the following:

In addition to his work with the Office of Minority Affairs and Diversity (OMAD), Emile has served (for over 20 years) as advisor to the Black Student Union (BSU), an organization he helped found in 1968. Emile helped spearhead the production of an award-winning documentary (“In Pursuit of Social Justice”) in 2007 which highlighted the role played by the 1968 BSU in the establishment of OMAD. It should be noted that on May 7, 2008, Emile and other founding members of the 1968 BSU received the Charles Odegaard Award for unwavering commitment to educational opportunity and diversity at the University of Washington.

Emile is a member of Phi Beta Sigma, Inc. and for six years served as the fraternity’s Director of Education for the Western Region. He has also served as Director of Education (8 years) and Vice President (2 years) of Epsilon Epsilon Sigma. In 2005, he was awarded a Phi Beta Sigma Education All Star pin for his noteworthy contribution to education. In 2010, he received the Sigma Inspirational Award for dedication of service to education.

Two academic scholarships have been established in his name-one at the University of Washington (endowed) and the other in his fraternity, Epsilon Epsilon Sigma.

Emile and his wife Barbara Pitre, who have been married for almost 39 years, are the proud parents and grandparents of a blended family that is composed of seven son, one daughter, and 15 grandchildren. Emile is an avid photographer. His photo gallery (Campus Walker Series) is featured quarterly in the OMAD eNews. Other photos are frequently featured on the OMAD web site. And he enjoys salsa dancing.

One of Emile’s favorite quotes reads, “What lies behind us and what lies before us are tiny matters compared to what lies within us”—Oliver Wendell Holmes