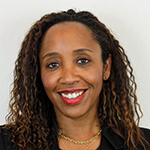 Stephanie Ellis-Smith has lived in Seattle for nearly 20 years and has a diverse background in the arts and civic engagement. Stephanie has degrees in English and biochemistry from the University of California, Los Angeles (UCLA) and studied retroviruses at the University of Washington, Seattle. Her move to the arts was initiated by a volunteer position that eventually became a full-time career with the Jacob Lawrence Catalogue Raisonné Project, an art history endeavor that catalogued and published the 1,100 work oeuvre of the artist, the first ever done for an African American artist. Inspired by that experience, she founded the Central District Forum for Arts & Ideas (CD Forum) in 1999 where she presented and produced local and national arts and humanities programming about contemporary African American culture. She served as Executive Director of the CD Forum until 2009 when she moved to London, England with her family.

Stephanie has served on numerous boards and commissions including the Washington State Arts Commission, appointed by Governor Gary Locke and the Seattle Arts Commission, appointed by Mayor Greg Nickles. She has been a trustee for KUOW Public Radio in Seattle serving as its Vice President.  She has also served on the board of Leadership Tomorrow, and City Club (of Seattle).  She is currently a trustee of Artist Trust (board President), the University of Washington Press, and the YWCA of Seattle (board Secretary). She is the recipient of Alpha Kappa Alpha’s Talented Tenth Award. She was named by the Seattle Weekly as “Best Expander of Cultural Boundaries” and was honored by the Puget Sound Business Journal as a “Top 40 Under 40”. Stephanie lives in the Queen Anne section of Seattle with her husband and two children.