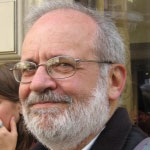 Frank “Mickey” Schubert was born in Washington, D. C.  He is a graduate of Howard University, the University of Wyoming, and the University of Toledo (Ph. D., 1977).  He served in the U.S. Army during 1965-1968, including one year in Vietnam, and rose to the rank of captain.  He worked as a historian in the Department of Defense from 1977 to 2003, when he retired as chief of the Joint Operational History Branch, in the Joint History Office, Office of the Chairman, Joint Chiefs of Staff.

He has written extensively on military subjects, including frontier exploration, black soldiers, and military construction, and has lectured at universities in Hungary, Romania, and Germany.  He is the author of numerous books and articles including Buffalo Soldiers, Braves and the Brass: The Story of Fort Robinson Nebraska (1993); On the Trail of the Buffalo Soldiers: Biographies of African-Americans in the U.S. Army (1995) and Voices of the Buffalo Soldier: Reports, Record, and Recollections of Military Service in the West.

His most recent works are Hungarian Borderlands:  from the Habsburg Empire to the Axis Alliance, the Warsaw Pact, and the European Union (Continuum, 2011) and Other than War:  the American Military Experience and Operations in the Post-Cold War Decade (Joint History Office, Office of the Chairman, Joint Chiefs of Staff, 2013).