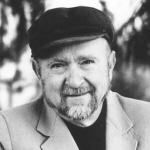 Dr. John W. Ravage is Professor Emeritus of Mass Communication at the University of Wyoming, where he also taught as an adjunct professor of African American Studies. His background is in television and film history, writing, production and direction, as well. He has produced books, academic and popular journal articles and television documentaries on the black experience in the Trans-Mississippi West, including Alaska, Canada and Hawaii. His collection of over three thousand photographic images of blacks in the West ranks as one of the larger private libraries in the country. He has served as consultant/writer for groups such as Bill Miles, Educational Films and WTBS Superstation and has written for History of Photography, in England. Ravage serves as consultant to the Eiteljorg Museum of the American West, the Cincinnati Art Museum, the Seattle Museum of History and Industry and the Smithsonian Institution on the African-American West and the works of James Presley Ball, a renowned African American photographer of the West. His books include: Television: The Director’s Viewpoint (Boulder: West View Press, 1978), Singletree, a novel of the black experience in the West (Jelm Mountain, 1990), Kenneth Wiggins Porter’s The Negro On The American Frontier (Editor, 2ND. ed., Ames Publishers, 1996), and Black Pioneers, Images Of The Black Experience On The American Frontier (University of Utah Press, 1997, 2002). A member of the Western Writers of America, he is available for lectures on The Black West.