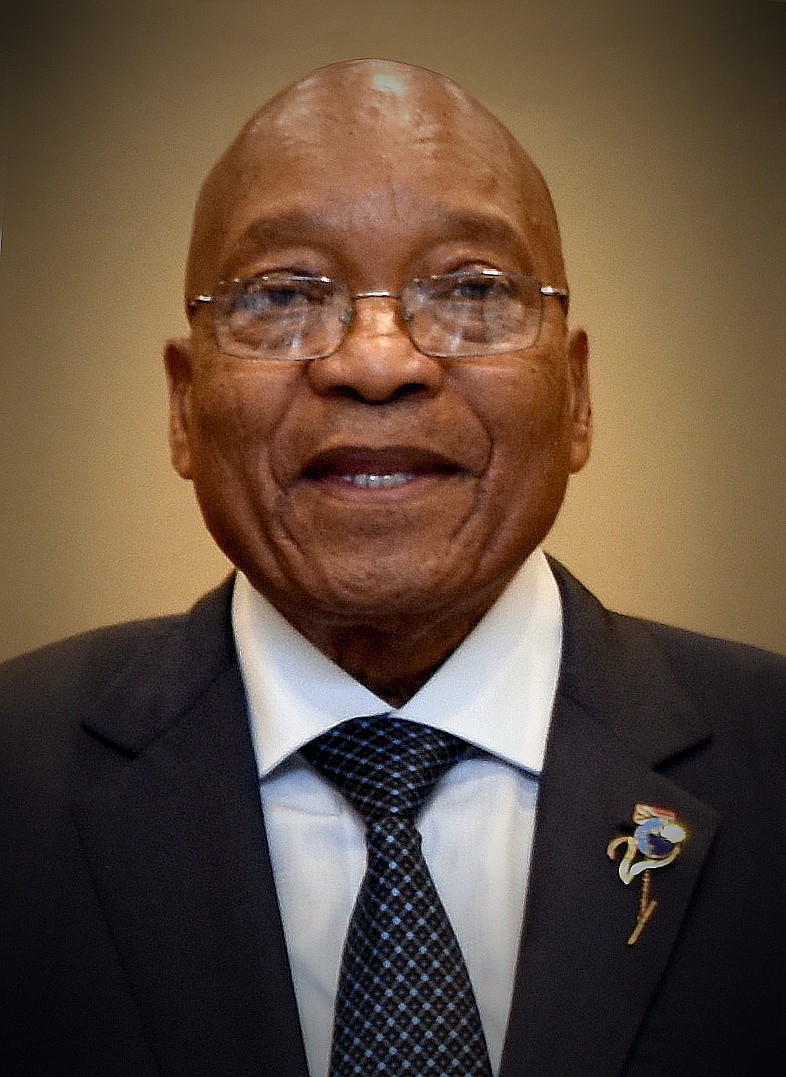 Jacob Zuma is the 4th president of post-apartheid South Africa and a member of the African National Congress (ANC). He held the presidency for nine years from 2009 to 2018 until he was ousted under a shroud of scandals and corruption. Before his presidency, Zuma worked with other African nationalists to end apartheid in South Africa, spending 10 years imprisoned on Robben Island from 1963 to 1973.

Zuma was born into poverty in 1942 in the modern-day KwaZulu Natal province of South Africa. Losing his father at the age of four in 1946, he went to work to help support his family through odd jobs and did not have time for a formal education.  He taught himself to read and write. In 1959. Zuma, then 17, joined the ANC because of its opposition to apartheid. Initially a wholly nonviolent organization, Zuma joined the Umkhonto we Sizwe group in 1962, a newer more militant branch of the ANC.

Convicted of conspiracy against the white minority apartheid government in 1963, Jacob Zuma was incarcerated at Robben Island until 1973. After his release he continued to work with the ANC and in 1975 he went into exile in neighboring African nations to avoid persecution from the South African government.

Zuma returned to South Africa in 1990 and helped end apartheid. Then he began to pursue political office. Initially losing his campaign in 1994, Zuma was elected deputy president to South African President Thabo Mbeki in 1999, and president in 2009.

Despite his political success, Jacob Zuma experienced scandals even before his election to the presidency in 2009. In 2005 he was accused of raping a woman who was infected with HIV, a charge that he was acquitted for in May of 2006.

In 2005 Zuma was initially charged with involvement in a multibillion-dollar arms deal in 1999. These charges were dropped but they resurfaced in 2016, along with allegations that he had utilized government spending on his own home in Nkandla. The trial proceeded until 2017 when Zuma finally admitted to the charges.

In early 2018 Zuma was charged with 12 counts of fraud, one of racketeering, two of corruption, and one of money laundering. The ANC, which had already declared “no confidence in Zuma,” proceeded to name Cyril Ramaphosa as the new President, and demanded Zuma’s resignation from office setting up South Africa’s first major post-apartheid constitutional crisis. Zuma initially refused but on February 14, 2018, he capitulated and announced his resignation from office. The next day, on February 15, 2018, Cyril Ramaphosa took up the office of the presidency.

Jacob Zuma is a polygamist, with four wives, Gertrude Sizakele Khumalo, Nompumelelo Ntuli, Thobeka Madiba, and Gloria Bongi Ngema (along with two ex-wives). He has 20 children.