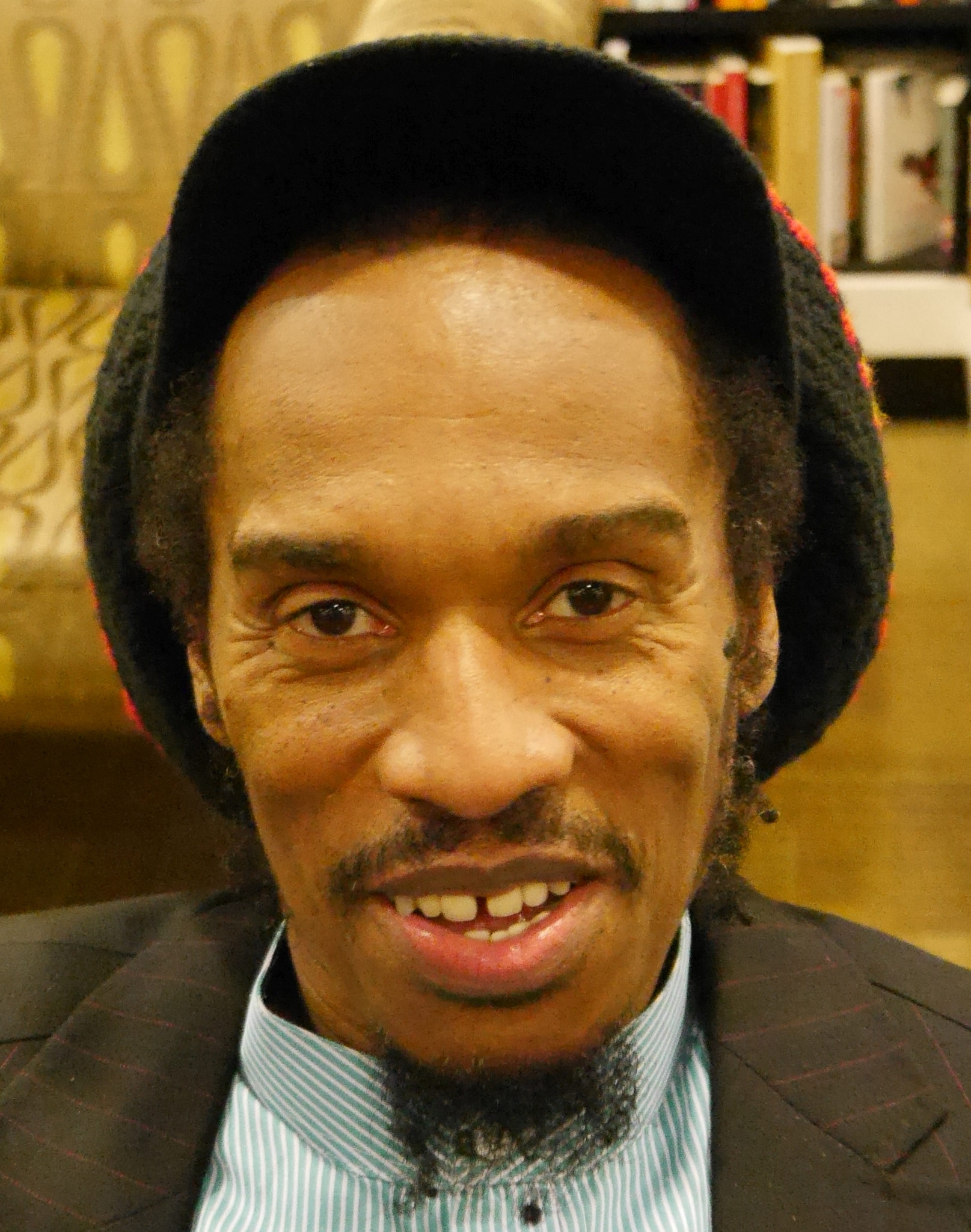 Benjamin Zephaniah, poet, playwright, novelist and activist, was born on April 15, 1958, the first of eight children, in Birmingham, England. Zephaniah grew up in Wandsworth until the age of nine when his mother, a Jamaican nurse, fled his father, a postman from Barbados. Leaving behind his twin sister Velda and other siblings, Zephaniah felt isolated as a young black dyslexic boy who encountered racism at his new school in Birmingham. He turned to writing, choosing to describe local and global issues, inspired by his Jamaican heritage and “street politics” of Birmingham. He left formal education at age 14, but built a reputation in the city as a popular dub poet, an art form which involves mixing the spoken word with reggae rhythms. Zephaniah had a troubled adolescence, which was punctuated with periods in incarceration following convictions for petty theft.

In 1979, Zephaniah moved to London. The following year his first poetry collection Pen Rhythm was published. His subsequent poetry has often been motivated by political stimuli: “The Dread Affair” (1985) is a critique of the British legal system, and “Rasta Time in Palestine” (1990) is a memoir of his visit to that area. His most recent volume We are Britain! reflects on the multicultural nature of the country. His live performance of this art has received tremendous acclaim.

Zephaniah is a successful dub and reggae musician. His many recordings, “Us and Dem” (1990) and “Belly of de Beast” (1996) for example, exhibit his native identity and voice. During Nelson Mandela’s imprisonment “The Benjamin Zephaniah Band” recorded a song of solidarity for him which lead to Zephaniah working with children in South African townships. Showing this same commitment to youth in his writing, Zephaniah has published poetry for children and novels for an adolescent audience. The themes explored in this work are racial: “Face” (1999) which addresses discrimination and “Refugee Boy” (2001) which follows a young protagonist fleeing conflict between Ethiopia and Eritrea.

Active in drama as an actor and writer, Zephaniah’s “Dread Poet’s Society” was screened on British television in 1991 and seven years later he was a winner of the BBC Young Playwriter’s Award with a contribution entitled “Hurricane Dub.” The successful radio play Listen to Your Parents saw Zephaniah receive the Commission for Racial Equality’s drama award.

Zephaniah has been involved in much work beyond the literary sphere. A campaigner on issues of human rights and welfare, he has advised the British Council on aspects of the school curriculum and is a leading supporter of the Vegan Society. He has been writer in residence for the Arts Collective in Liverpool and in 2003 he controversially refused an Order of the British Empire (OBE), an award bestowed by the monarch for universal achievement. Zephaniah refused the award because of Great Britain’s continuing colonial associations. Zephaniah has thirteen honorary doctorates.

After periods of living in Egypt, Yugoslavia (now Serbia), and South Africa, Zephaniah now divides his time between Beijing, China and a small village in Lincolnshire, England.