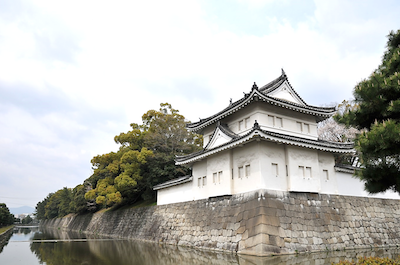 Many particulars regarding the birth, career, and death of the man of apparent African descent known as Yasuke are cloaked in mystery. The few Portuguese and Japanese sources that mention his brief presence in Japan and as a samurai omit essential details, leaving him a shadowy figure the in annals of the African diaspora. Even the derivation of his name and place of birth can only be conjectured.

Likely a slave accompanying the Italian Jesuit missionary Alessandro Vaglignano to Japan circa 1579, we first hear of Yasuke in the writings of the Portuguese missionary Luís Fróis in the years 1581 and 1582. Fróis recounted the frenzy on the capital city streets of Kyoto when residents lost all decorum upon witnessing for the first time a black man in their midst.

The disturbance attracted the attention of the legendary daimyo (feudal warlord) Oda Nobunaga, best remembered for his efforts to unify and bring political stability to Japan.

According to the Lord Nobunaga Chronicle, the principal Japanese source that describes Yasuke, Nobunaga demanded that black man strip to his waist and scrub his skin.

The Chronicle, which first refers to Yasuke by name, which itself is a possible “Japanization” of his birth name or Christian name, confirms the daimyo’s fascination with his skin color and described him as handsome, physically powerful (“possessing the strength of 10 men”), towering 6 foot 2 inches.  Nobunaga orders Yasuke to be his retainer and bodyguard and he eventually rises to the rank of samurai.  Stationed in Nobunaga’s Azuchi Castle, Yasuke was allowed to dine at his master’s table, a privilege extended to few samurai at the time. It appears that Yasuke learned to speak fluent Japanese, he carried a ceremonial katana (sword), and was made a sword bearer by the daimyo.

Yasuke’s career as a samurai was relatively short-lived but eventful. When Nobunaga’s former general Akechi Mitsuhide attempted a coup in June 1582, the daimyo was obliged to perform seppuku (ritual suicide).  Azuchi Castle was torched and the samurai who had been loyal to Nobunaga, now fought in the army of his oldest son and successor, Oda Nobutada.  When Mitsuhide’s forces prevailed over Nobutada, the new daimyo also committed seppuku at his Niji Castle.

Yasuke, perhaps unimpressed with the honorable tradition of suicide, was persuaded to surrender to Mitsuhide who, for whatever the reason, took pity and spared his life. Sent to rejoin the European Jesuit missionaries (then called “barbarians” by the Japanese), Yasuke soon returned to that obscurity from whence he had briefly escaped.

Recent interest in the nexus between African and Asian peoples has led to considerable interest in people of African ancestry who lived in pre-modern Japan.  Yasuke is the best known of those individual although some found their way to the Land of the Rising Sun prior to Yasuke’s arrival and they continued to accompany foreign missionaries and merchants there, even serving in Commodore Matthew Perry’s American expedition in 1853 to compel Japan to open trade to the West. Yasuke, however, was the sole person of African ancestry known to have achieved the position of samurai.

Nolan Moore, “The Only Black Samurai in Feudal Japan” at http://knowledgenuts.com/2014/06/09/the-only-black-samurai-in-feudal-japan/;
Kenneth Trotter, “The Legend of Yasuke” at https://www.dvidshub.net/news/102905/legend-yasuke;
yamatosaxon, “Yasuke: African Samurai” at  https://thedailybeagle.net/2013/03/07/yasuke-the-african-samurai/.