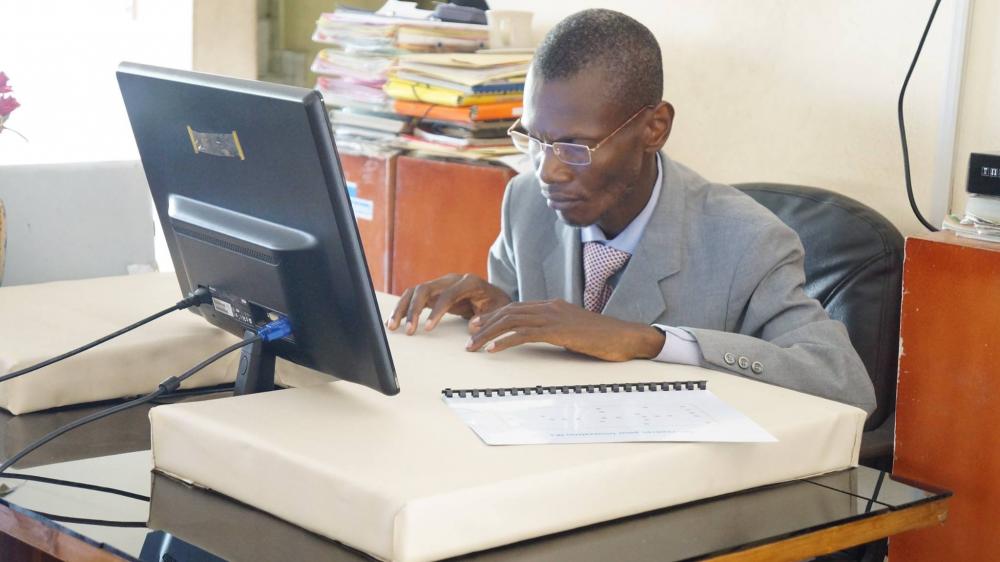 Yapi N’Cho Blaise Didier of Côte d’Ivoire (Ivory Coast), often referred to as Didier Yapi, was a prolific information technology (IT) inventor/ researcher in Africa from about 1998 until his death in 2015. Yapi was born in 1976, in the Gôh Djiboua Region (Gagnoa) in Côte d’Ivoire and died April 6, 2015, of pneumonia, an illness that had afflicted him for several years. Dead Cryptor, Mystery 7° Mouse, and Incorporated Keyboard 1 (IK1), are among his many inventions.

Yapi gained international fame in 2009 when TV5 Monde, one of France‘s international TV channels, ran a report on his invention “Dead Cryptor,” which can prevent software or programs from copying the contents of a DVD or CD-ROM. In 2001, Yapi researched CD-ROMs and DVDs in order to understand how they work and how they were made, concentrating on the organic matter found in CDs and DVDs. He then designed and manufactured the Dead Cryptor prototype in 2003, earning widespread recognition in the IT community. His device, which could have prevented piracy of copyrighted recordings, among other things, was never financed, despite the fact that it was presented before the Ivorian Copyright Office (BURIDA) in 2006 and 2007.

Undeterred, Yapi continued inventing. He designed and manufactured the Mystery Mouse 7°, a computer mouse that knows the age of its user and can thus prevent minors from accessing certain files or websites. Moreover, the Mystery Mouse 7° can create a greeting sensation from a vibration sent over the Internet between remote users. Yapi also conceived the Mezo Webcam that can compress real-time videos regardless of users mobile or fixed Internet connection speeds. In other words, even slow connections would not prevent users from accessing high-resolution images from Skype and similar interfaces or applications.

In 2014, just one year before his death, Yapi showcased his last inventions. Because he wanted to eliminate computer keyboards, he designed and manufactured the IK1, an “invisible” keyboard accessible digitally in “4 dimensions” (Yapi’s term) on a flat and empty surface, such as a desk. The operational prototype is suited to users already familiar with the location of keyboard keys on conventional keyboards. In other words, users must have a “mental projection” of the location of the keys on their desks while typing.

Yapi was thirty-nine years old at the time of his death in Abidjan, Côte d’Ivoire. His inventions held much promise but never received financial support and have not reached the stage of industrial mass production. Still, Yapi remains a role model for many Africans in and beyond the IT industry.