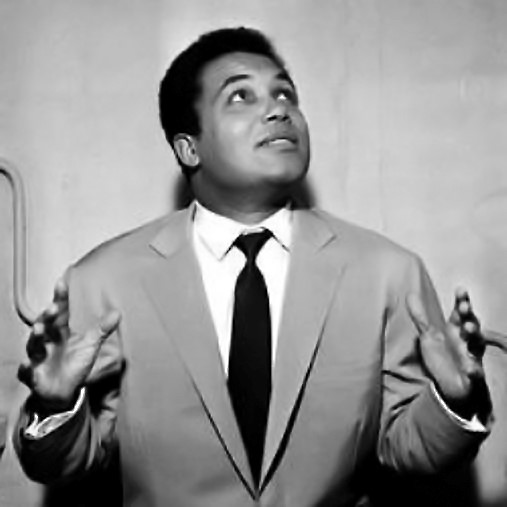 Ivorian–French pop singer John William was born Ernest Armand Huss on October 9, 1922 in the coastal town of Grand-Bassam, Côte d’Ivoire (Ivory Coast). He was born to a Frenchman, Ernest Charles Huss, and an Ivorian woman, Henriette Amoussan, with whom he never had much acquaintance. At 18 months of age, his father sent him to live with relatives in the Seine-et-Marne region of France. After attending boarding school, at age 17 he became an apprentice toolmaker in the automobile industry in Boulogne-Billancount, a suburb of Paris.

During the German occupation of France in World War II in 1943, William was forcibly enlisted in the Service Civique Rural (Rural Civic Service) to assist the Nazi war effort as a laborer. He, like many young men, made aeronautical equipment for German aircraft. Suspected of assisting workplace sabotage, the Gestapo tortured and sent him to the Neuengamme concentration camp near Hamburg, Germany. It was there that William began singing to inmates to relieve the harsh circumstances of camp life.

At the conclusion of the war, he briefly reconnected with his father who died in 1946. Although depressed, William witnessed the growing popularity of American pop music in the late 1940s.  He decided to test his vocal range in the cabarets of Paris and developed an affinity for African American spirituals, gospel, and American film music. Soon after, he adopted an American stage name, John William, and in 1952 won the Grand Prix d’interprétation de Deauville with the song “Je suis un nègre” (“I am a Negro”).

William’s singing career flourished in the 1950s as he introduced African American musical forms to the French public. His recording of “Do Not Forsake Me” from the American cowboy movie High Noon, and “Old Man River” from the movie musical Show Boat were big hits in France. Also, he sang hit songs from movies such as Island in the Sun, Mississippi, and Black Orpheus. In 1954, William married Liliane Pelluau.  The couple had a son, John Jr., and a daughter, Maya, who became a pop singer.

In the early 1960s, William had more hit songs with his renditions from the movies Lawrence of Arabia, The Longest Day, Doctor Zhivago, The Alamo, and the French television series Thierry La Fronde. In 1961, he received the Coq d’Or for the theme song, “Man Without a Star.”  In 1966, his recording of “The Song of Lara” was an international hit and bestselling prize-winner in France. But as the decade progressed his celebrity stardom dimmed as new musical fads emerged in the country.

In 1990, William published his autobiography, Si toi aussi tu m’abandonnes (If You Also Forsake Me). In December 2005, William was awarded the Legion of Honor (Légion d’honneur), France’s highest honor.  Surrounded by his family, he died in the French Riviera town of Antibes on January 8, 2011.