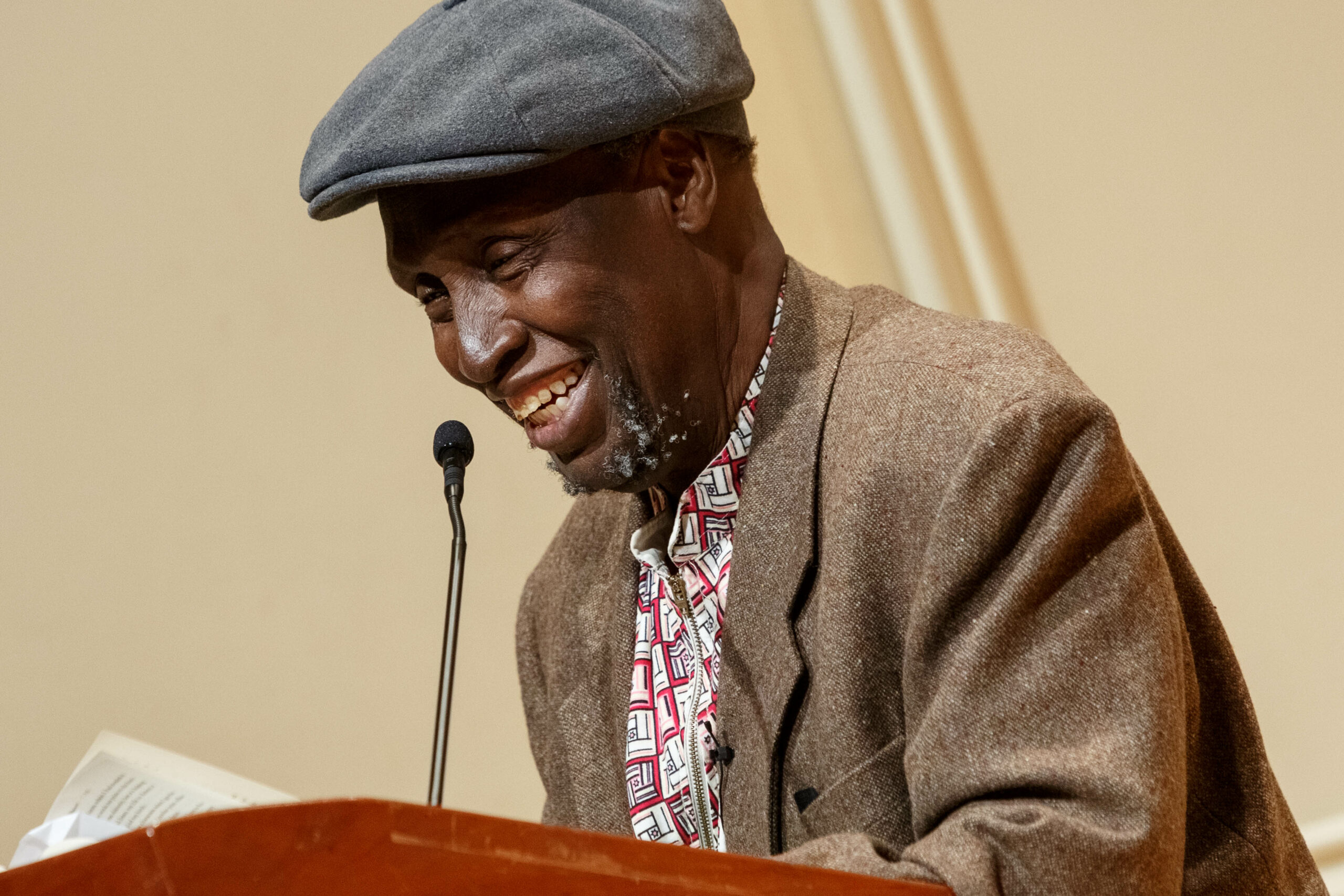 African novelist Ngugi wa Thiong’o is a Kenyan author, educator and playwright. With the publication of his first novel, he became a critically-acclaimed author at the age of 29. His work is also published under the pseudonym James T. Ngugi.

Ngugi wa Thiong’o was born on January 5th, 1938 in Kamiriithu village in Kenya to Tiong’o wa Nduucu and Wanjikow wa Ngugi. He attended the mission-run Kamandura School in Limuru and the Maanguuu Karing’a School, which was taught in Gikuyu, the native language of that Bantu people of Kenya. In 1954 the school was taken over by the British government and teaching began in English. While attending Maanguuu Karing’a, Thiong’o read Robert Louis Stevenson’s Treasure Island, igniting his desire to write.

With a proficiency in English, Thiong’o won a place at Alliance High School in Kikuyu. Here he began to write for the school magazine, writing mainly political pieces, and in September 1957 his first work, “I Try Witchcraft,” was published in the magazine. Thiong’o graduated from high school in 1958, and the following year he held a one-year teaching post at Kahuguini Primary School. After teaching he entered Makere University College in Kampala, Uganda, graduating in 1964 with a degree in Honors English. That year he published his first novel, Weep Not, Child to critical acclaim. While at Makere he married a woman known only as Nyambura. The couple had six children. In 1965 he and wife moved to Yorkshire, England where received a British Council Scholarship for graduate study at Leeds University. Thiong’o never completed his master’s thesis.

In 1967 Thiong’o’ published one of his most important novels, A Grain of Wheat. He also became a special lecturer in English literature at Nairobi University that year, but resigned after two years to protest what he felt was the University’s unwillingness to safeguard academic freedom. Thiong’o’ returned to the University in 1971 and persuaded the English department to give greater focus on African literature and especially literature written in Gikuyu.

Thiong’o promoted African literature at numerous worldwide conferences. He also published six additional novels over a 20-year period. In 1977 he changed his name from James to Ngugi Wa. Also in 1977 his play I Will Marry When I Want was premiered amid much controversy and was one of the factors that led to his home being searched in December of that year where eighteen banned books were discovered.

Thiong’o was convicted of possessing the banned books and sentenced to one year at Kamiti Maximum Security Prison. There he continued to write, in some instances on toilet paper that was smuggled out of the facility. Thiong’o was released December 12, 1978 but despite receiving a “hero’s welcome” he was denied reinstatement at the University of Nairobi. In 1978 he ended his 17-year marriage to Nyambura.

In 1982 the Kenyan government dramatically increased its pressure on the writer, cancelling his plays and threatening to reimprison him. In 1982 Thiong’o left Kenya and remained in exile until 2004 when he returned to Kenya for a one-month visit. During his exile in 1989 he met his second wife Njeeri wa Ndung’o in New York. They married in 1992 and have two children together.

Thiong’o has held teaching positions at a number of British and U.S. institutions including Northwestern, Yale, Amherst, and Oxford. Currently he teaches at the University of California, Irvine.