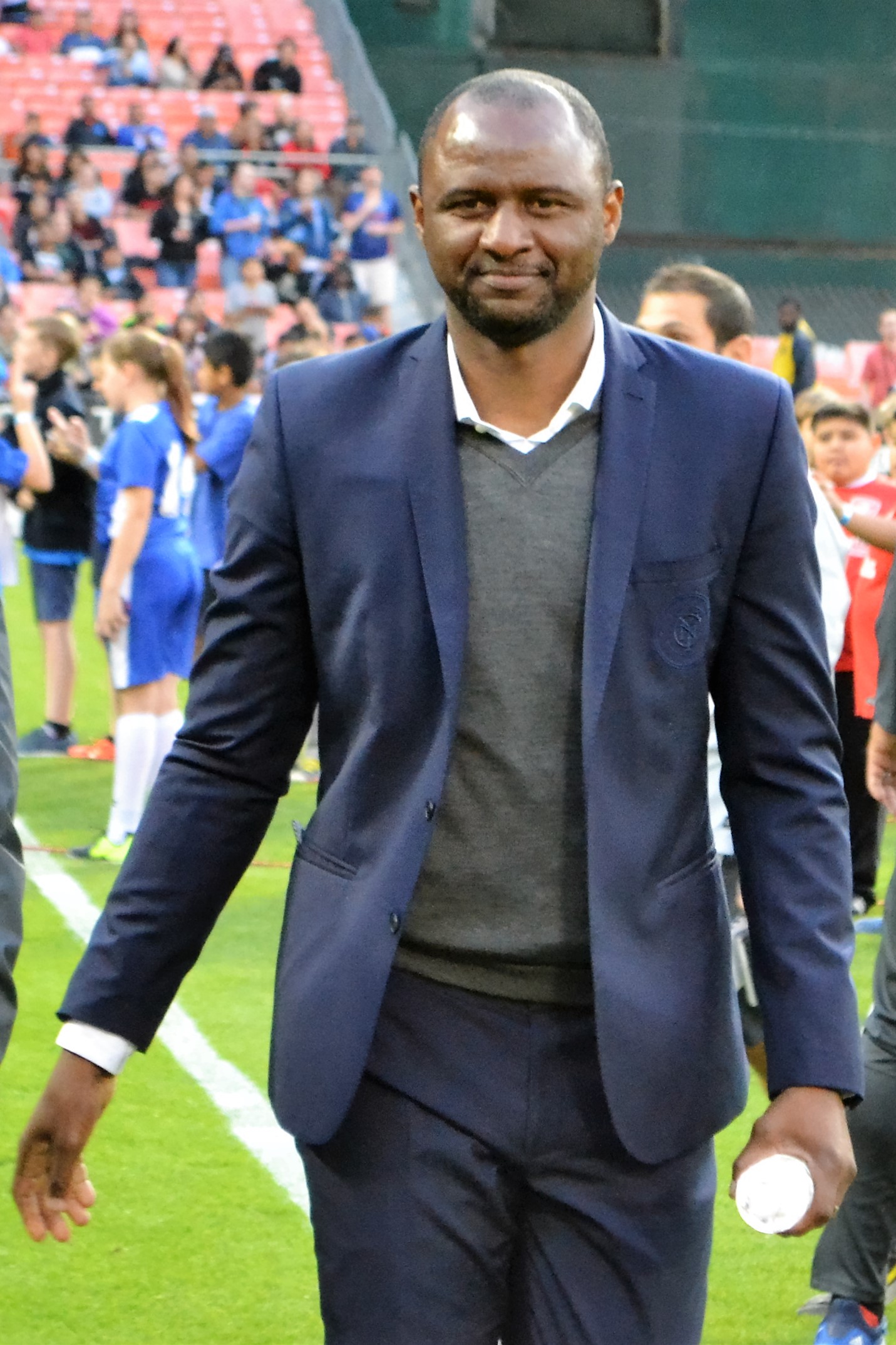 Patrick Vieira, one of Europe’s leading soccer players, was born in the Cape Verdean community of Dakar, Senegal, on June 23, 1976.  He left Senegal at the age of eight when his family moved to Europe and settled in Dreux, in northwest France.  Soon after their arrival the family became citizens of France.

Vieira began his professional soccer career playing for several local youth clubs in France.  Then in 1993, at age 17, he joined AC Cannes Soccer Club.  The French club provided an atmosphere for the young 6-foot-4 center midfielder to advance.  After three seasons with AC Cannes, Vieira signed with AC Milan, one of the leading clubs in Italy.  Although he hoped to break through to the first team in the 1995-96 season, Vieira spent much of his time on the reserve squad.

In 1996, Vieira joined the Arsenal Soccer Club in London, England which was in the English Premier League (EPL).  He arrived a virtual unknown in England but under the new manager of Arsenal, Arsene Wenger, Patrick would fit perfectly into the English style of play by utilizing his height, strength, stamina, and physical nature.  His aggressive, physical play made Vieira one of the most feared players at the central midfield position in the world.  During the 1997-98 season, Vieira led the Arsenal squad to the EPL League title and the Football Association (FA) Challenge Cup, the championship for all English and Welsh soccer teams.

His success with the Arsenal led to Vieira joining the 1998 French World Cup Squad where he led his team to the 1998 World Cup championship.  Two years later Vieira helped France to the Euro 2000 championship.  By this point Patrick Vieira had become one of the world’s most recognized players in world soccer competition.  In 1998, 2002, and 2004 Vieira led the Arsenal to league titles.  In 1998, 2002, 2003, and 2005 he led them to FA Cup titles.

After nine successful seasons with Arsenal in England, Vieira returned to Italy where he played for the Juventus in 2006-2007 in Turin, Italy and then Inter Milan the next season.  He led Inter Milan to the Italian Series A championship in 2006-2007 and 2007-2008.  Patrick Vieira continues to be the maestro of the midfield at Inter Milan and continues to lead his team to championships, playing some of the best soccer of his career at the age of 32 as he aims to add some more silverware to his already-memorable collection.