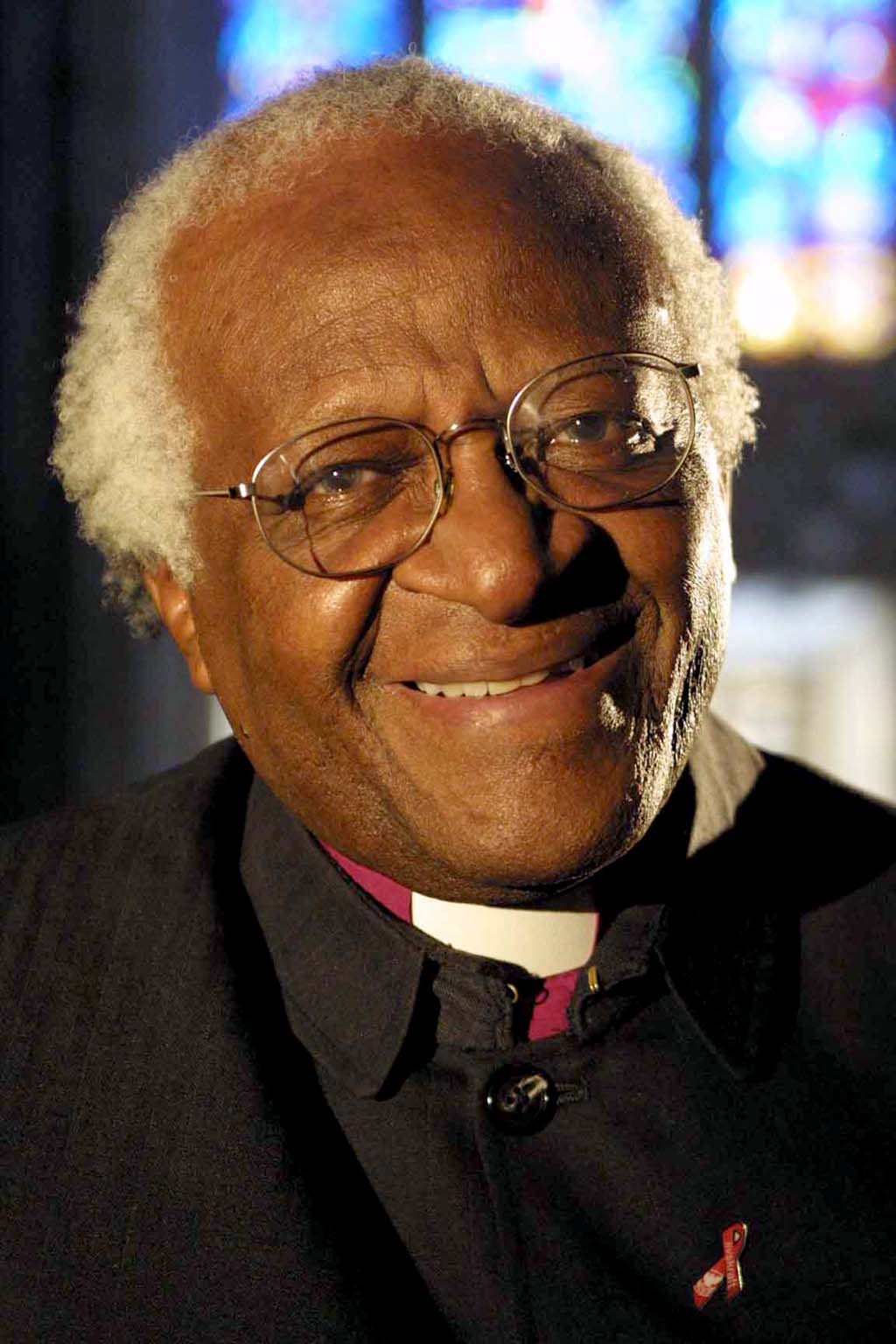 Archbishop Desmond Tutu, leader of the South African Anglican Church for ten years and campaigner against apartheid in South Africa, was born on October 7th, 1931 in Klerksdorp, South Africa. When he was 12 years old he moved to Johannesburg where Tutu attended the Johannesburg Bantu High School. He then trained as a teacher at Pretoria Bantu Normal College and graduated from the University of South Africa in 1954.

In 1948 the South African National Party came into power and began the apartheid system in South Africa. They banned black South Africans from voting, required blacks to have passports to travel within the country, and initiated a system of forced relocation of black South Africans out of “white areas.”  Tutu, who had planned to be a teacher upon graduation, refused to cooperate with a system which guaranteed black South Africans an inferior education. Instead, he moved into theology and was ordained as a priest in 1960. He then pursued a further study of theology in England between 1962 and 1966. When he returned to South Africa in 1966, he taught theology at an Anglican seminary until 1972. In 1975 he was the first black person to be appointed Dean of St Mary’s Cathedral in Johannesburg and the following year he was named Bishop of Lesotho, a post he held until 1978.

When Tutu was made General Secretary of the South African Council of Churches in 1978 he finally had a national platform from which to challenge apartheid. He began to attack the racist government, calling for equal rights for black South Africans, a repeal of the passport laws, and an end to forced relocation. In response, the South African government revoked his passport, thus prohibiting his travelling to spread his message. But Tutu’s cause had already caught the attention of the global community and, in response to worldwide pressure, his passport was restored to him.

Tutu continued his advocacy of nonviolent challenging of apartheid and in 1984 was awarded the Nobel Peace Prize for his efforts. In 1986 he became Archbishop of Cape Town and head of the Anglican Church in South Africa. In 1994 Archbishop Desmond Tutu was appointed to chair the Truth and Reconciliation Commission which investigated crimes against humanity committed under white rule. In keeping with his religion, Tutu espoused a policy of forgiveness whilst he headed this commission.

In 1996 Tutu retired as Bishop of Cape Town and was hired as the Professor of Theology at Emory University in Atlanta, Georgia.

Desmond Tutu died on December 26th, 2021 at the Oasis Care Centre in Capetown, South Africa at the the age of 90. Tutu is survived by his wife Leah and their four children.