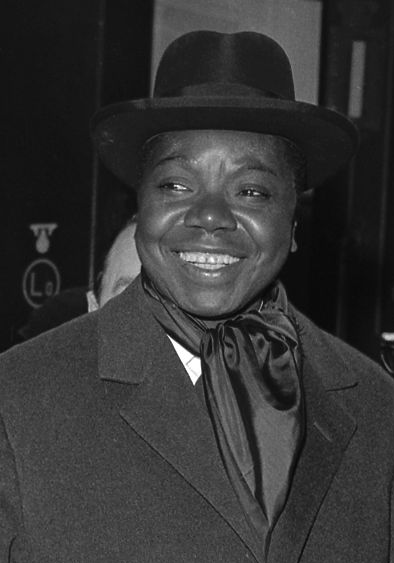 Moïse Kapenda Tshombe was the president of Katanga, once a secessionist state of Congo immediately after the country’s independence in 1960. Tshombe was born in 1919 in the southern region of Katanga. His father was said to be the first Congolese millionaire, amassing a fortune through a variety of business ventures.

Tshombe first appeared on the Congolese political scene when he married into the family of Mwata Yamvo Ditende Yawa Nawezi III, the chief of the Lunda tribe. With his father-in-law’s help, Tshombe was elected to the Elisabethville (present day Lubumbashi, then the capital of Katanga) city council in 1947 and then onto the Katanga provincial council.

The Congo gained independence from Belgium in June 1960, and two months later Tshombe was elected president of Katanga. That August, Tshombe announced Katanga’s secession from Congo, explaining that Katanga’s abundance in natural minerals of copper, gold, and uranium would be exploited by the newly-formed Congolese government. Katanga’s secession was supported by most white settlers in the province who would benefit the most from continued control of the region’s resources.

Tshombe also received support from western leaders including then U.S. Vice President Richard Nixon, who praised Tshombe as a pro-West advocate and staunch anti-Communist Christian. However, after Tshombe’s soldiers brutally executed the Congo’s first Prime Minister, Patrice Lumumba, in January of 1961, the United Nations and the United States ended their support of Katanga’s secession from Congo.

In December of 1962, the United Nations sent troops to battle Tshombe’s soldiers and the hundreds of mercenaries his regime had hired. In early January 1963, Elisabethville was captured by U.N. troops and Congolese soldiers. Tshombe fled to neighboring Kolwezi and then quickly surrendered within weeks.

One year later, however, Moïse Tshombe made a remarkable political comeback. In 1964 he was appointed Prime Minister of the Congo by his former military and political foe, Congolese President Joseph Kasavubu. Relations between the two politicians were never good and they broke down completely in 1965 when Tshombe was charged with treason and was forced to flee the Congo.

After exile in Spain he returned to the Congo and was placed under house arrest. Moïse Kapenda Tshombe died at the age of fifty on June 29, 1969 in Kinshasa, the capital of the Congo.