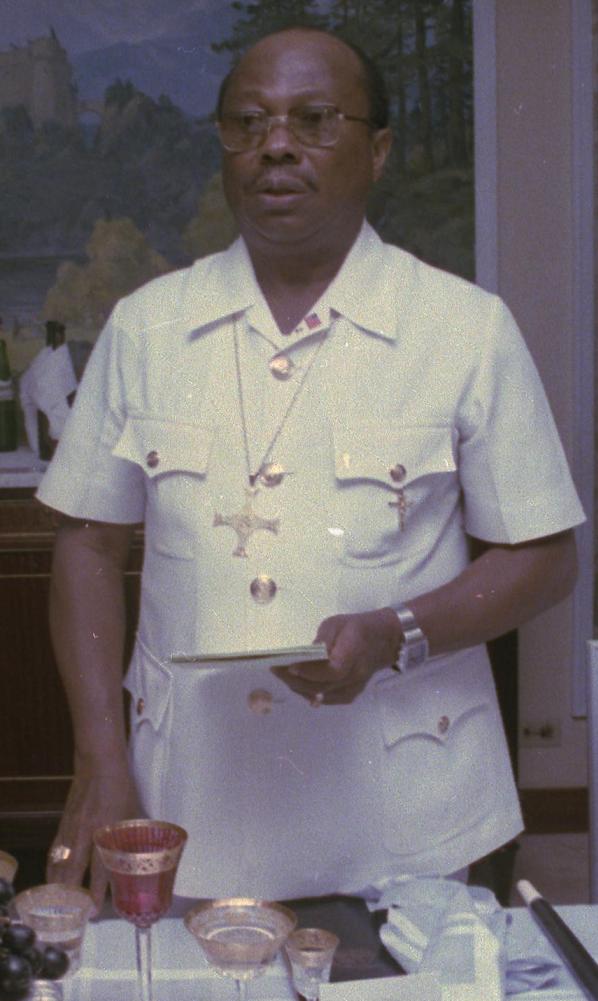 William Richard Tolbert Jr. was the twentieth president of Liberia from 1971 to 1980, when he was killed in a coup led by then Liberian Army Sergeant Samuel Doe. Tolbert was trained as a civil servant when he entered Liberia’s House of Representatives in 1943 for the True Whig Party which was the only established political party in the country.  Nine years later in 1952, Tolbert was elected vice president to President William Tubman and served in that position until he became president after Tubman death in 1971.

Tolbert was a Baptist minister and the first African to serve as president of the Baptist World Alliance. Tolbert was also a member of Phi Beta Sigma Fraternity and Grand Master of the Masonic Order of Liberia.

Upon assuming the presidency, Tolbert initiated liberal reforms, including allowing the creation of the nation’s first opposition party, the Progressive Alliance of Liberia (PAL) founded by G. Bacchus Matthews in 1973. Because of the popularity of the reforms, he was elected president in his on right in 1975. He was unopposed.

During this term, however, Tolbert’s government was criticized for failing to address the deep economic disparities between the Americo-Liberians who had dominated the country since independence in 1847, and the various indigenous ethnic groups that comprised over 80 percent of the population. Tolbert, a member of one of the most influential and affluent Americo-Liberians families, appointed his brothers and cousins to key government positions.

Tolbert abandoned Tubman’s pro-West foreign policy, establishing diplomatic relations with communist nations like the Soviet Union, People’s Republic of China, Cuba, and several Eastern Bloc countries. Tolbert severed ties with Israel during the Yom Kippur War in October 1973 when he spoke favorite of the Palestinian people. Tolbert was chairman of the Organization of African Unity from July 1979 until his assassination in April 1980.

In early April 1979, Tolbert’s Minister of Agriculture, Florence Chenoweth, proposed an increase in the subsidized price of rice from $22 per 100-pound bag to $26. The Progressive Alliance of Liberia called for a peaceful demonstration in Monrovia, Liberia’s capital, to protest the proposed price increased. On April 14, 1979, about two thousand activists began a march on the executive mansion. More people joined the protest march, which soon turned into violent rioting and widespread looting. Tolbert’s credibility was damaged by what became known as the Rice Riots, the first widespread violence in the nation’s history.

In the early hours of April 12, 1980, seventeen non-commissioned officers and soldiers of the Armed Forces of Liberia led by Master Sergeant Samuel Doe initiated a coup against the Tolbert government. The group entered the president palace and killed Tolbert whose body was dumped in a mass grave together with other victims of the coup. Most of the Tolbert cabinet members were tried and sentenced to death. Many of them were publicly executed on April 22 at a beach near Monrovia. Only four Tolbert cabinet members survived the coup, including future president Ellen Johnson Sirleaf. After the coup, Samuel Doe would govern Liberia until he was ousted from power in a civil war that ended in 1990.

“William Tolbert,” Liberia Past and Present,
http://www.liberiapastandpresent.org/WilliamTolbert.html, “William
Tolbert,” All Africa, http://allafrica.com/stories/200905280621.html;
James Ciment, Another America: The Story of Liberia and the Former
Slaves Who Ruled It (New York: Hill and Wang. 2013).