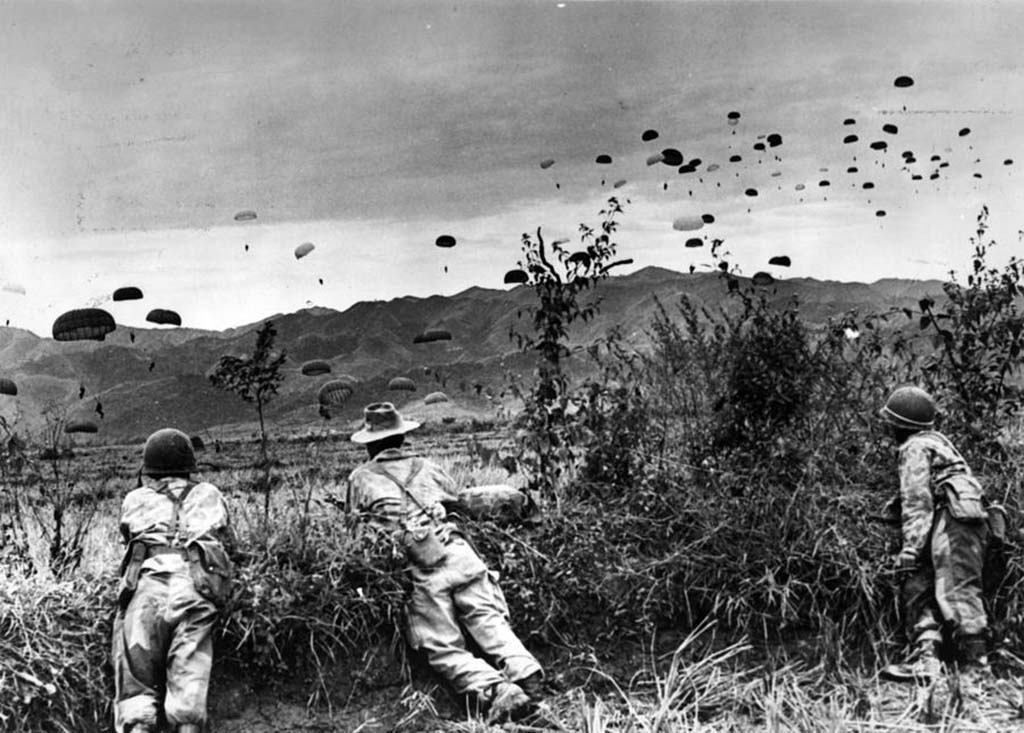 The French began recruiting Senegalese soldiers in 1947 as the war began and they found they urgently needed military forces in Indochina.  Considering French manpower shortages because of the recently ended Second World War, military budget restrictions, and the great number of African soldiers demobilized in 1945-6 at the end of the European conflict, the French government turned to the Tirailleurs Sénégalais: African soldiers who, since the 19th century, were often used due to their relatively low cost.

The first Tirailleurs Sénégalais arrived in Indochina in April 1947. On April 30th, they numbered only 167 but reached 2,260 men at the end of the year. Marching Battalions of Tirailleurs Sénégalais (BMTS) were formed in France, then dispersed throughout various existing French units in Vietnam such as the 2nd, 6th and 43rd Colonial Infantry Regiments (RIC), the 4th and 10th Colonial Artillery Regiments (RAC) and the Moroccan Colonial Infantry Regiment. Thus “French” regiments often included natives from North Africa, France, Senegal, and other African colonies as well as Vietnamese loyal to the colonial regime. The demand for Tirailleurs Sénégalais kept growing; there were 14,500 mobilized in 1951 and when the French were finally defeated at Dien Bien Phu in 1954, 19,570 of them were on the Vietnamese territory.

More than a thousand Tirailleurs Sénégalais were captured by the Vietminh.  The most exploited prisoners, they were given the harshest labor. In 1954, approximately 800 of them were released. It was estimated that about 5,500 Tirailleurs Sénégalais had been killed, died, disappeared, or had deserted during the Indochina War.

The last Tirailleurs Sénégalais left Vietnam with the French troops in September 1956.  The French military department was increasingly worried that some African soldiers, now in close contact with Vietnamese nationalists and communism ideals, might be a potential threat to French colonial regimes in Africa.  Thus for the first time some Tirailleurs Sénégalais were considered not suitable to re-enlistment. Others were reorganized and integrated in the RAC and the RIC.