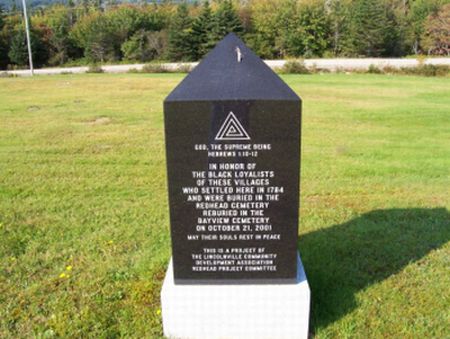 Born in Africa and enslaved in America, Thomas Peters is best known for his influence in settling Canadian blacks in the African colony of Sierra Leone. The earliest documentation of Peters’ life is as a 38-year-old slave in North Carolina.  When the Revolutionary War began in 1775, Peters escaped to British-occupied territory.

In 1776 Peters joined an all-black regiment in the British Army called the Black Pioneers. During his service there, he was promoted to the rank of sergeant. When the Revolutionary War ended the Black Pioneers were among the thousands of Loyalists transported by the British Navy to the north shore of Nova Scotia and then on to New Brunswick. Peters soon became the recognized leader of the New Brunswick and Nova Scotia black communities, representing their concerns to provincial authorities.

In the process, he met abolitionist Granville Sharp, who had developed a plan to create a settlement of free blacks in Africa. He saw in the plight of the Canadian loyalists the opportunity to recruit additional settlers for his African colony.  Sharp immediately offered Peters and his Nova Scotian followers a new promised land in the “Province of Freedom” Sierra Leone.

Convinced that this was the best solution to the situation facing the Canadian blacks, Peters persuaded thirty families to go to Sierra Leone in 1790. Problems arose in the new colony.  Supplies were inadequate, the disease environment took its toll on the newcomers and the settlers slowly adjusted to the climate and new agricultural conditions.  When the leaders of the colony seemed unresponsive to these issues, Peters again spoke up for the black settlers.  He protested the lies and exaggerations made such as the promises of land grants, no taxation on the lands of the first settlers, and most importantly a democratic government.

Although he was not personally responsible for the broken promises, the black Sierra Leone colonists felt duped and blamed him for persuading them to come to Africa.  Peters subsequently lost much of his influence with the settlers.  Peters was accused of theft when trying to collect a debt and convicted by a jury. Soon after his conviction Thomas Peters fell ill and died in Freetown, Sierra Leone in 1792.