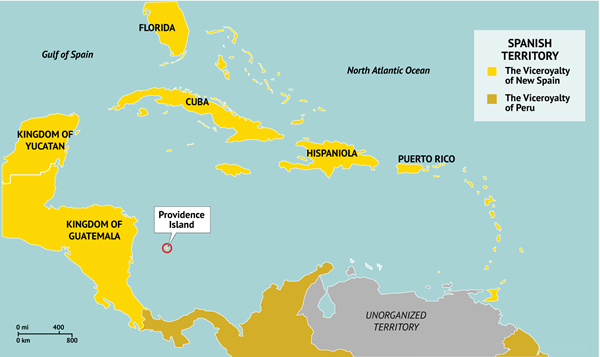 The 1521 Santo Domingo Slave Revolt occurred in the Spanish colony of Santo Domingo on the island of Hispaniola during that year’s Christmas festivities. It is the earliest recorded slave revolt in the Americas. Just days after the revolt occurred, a new set of laws were created to prevent future rebellions. These are believed to be the earliest laws created to control enslaved Africans in the New World.

During the early 1520s, 30 years after Christopher Columbus first arrived in the Americas. the Spanish controlled the island of Hispaniola, which is now the nations of Haiti and the Dominican Republic. After subduing the local Indians, the Spanish imported African slaves. There are debates among historians about the precise date of the rebellion, with some reporting that the uprising took place on Christmas Day while others claim it occurred on December 26. What is known is that the rebellion started on the Nueva Isabela sugar plantation owned by the colony’s governor, Diego Colón (Columbus), the son of Christopher Columbus. According to local oral tradition, the slave rebellion was led by Maria Olofa (Wolofa) and Gonzalo Mandinga, who were both from the Wolof ethnic group in West Africa.

The main goal of the rebellion was to kill all the Christians (Spanish), end slavery, and take over the land. Although slavery was just beginning in the New World, already the pattern of physical exploitation had emerged with many enslaved people growing to resent the grueling work on the sugar plantations. The slave rebellion occurred at night along the Nigua River, west of Santo Domingo City, in the present-day province of San Cristobal. During the uprising, the enslaved took any weapons they could find and made others out of sharpened poles. The rebel slaves attacked farms and plantations and stole jewelry and clothes as they called on other enslaved people to join the rebellion.

The rebellion was put down by the colonial militia led personally by Colón. Once it ended, harsh punishments were meted out to those who participated in the rebellion including executions of the alleged leaders.

On January 6, 1522, Gov. Colón introduced strict laws against both free and enslaved Africans to prevent another slave uprising. These laws included restrictions on the physical mobility of the enslaved, minimized access to weapons, and punishment in the form of physical torture and executions for those who would participate in future rebellions. These laws were among the earliest enacted in the New World to control enslaved Africans. Although the rebellion failed, memory of it encouraged future rebellions, which represented an ongoing challenge to Spanish rule in the Caribbean until slavery was abolished in the nineteenth century.