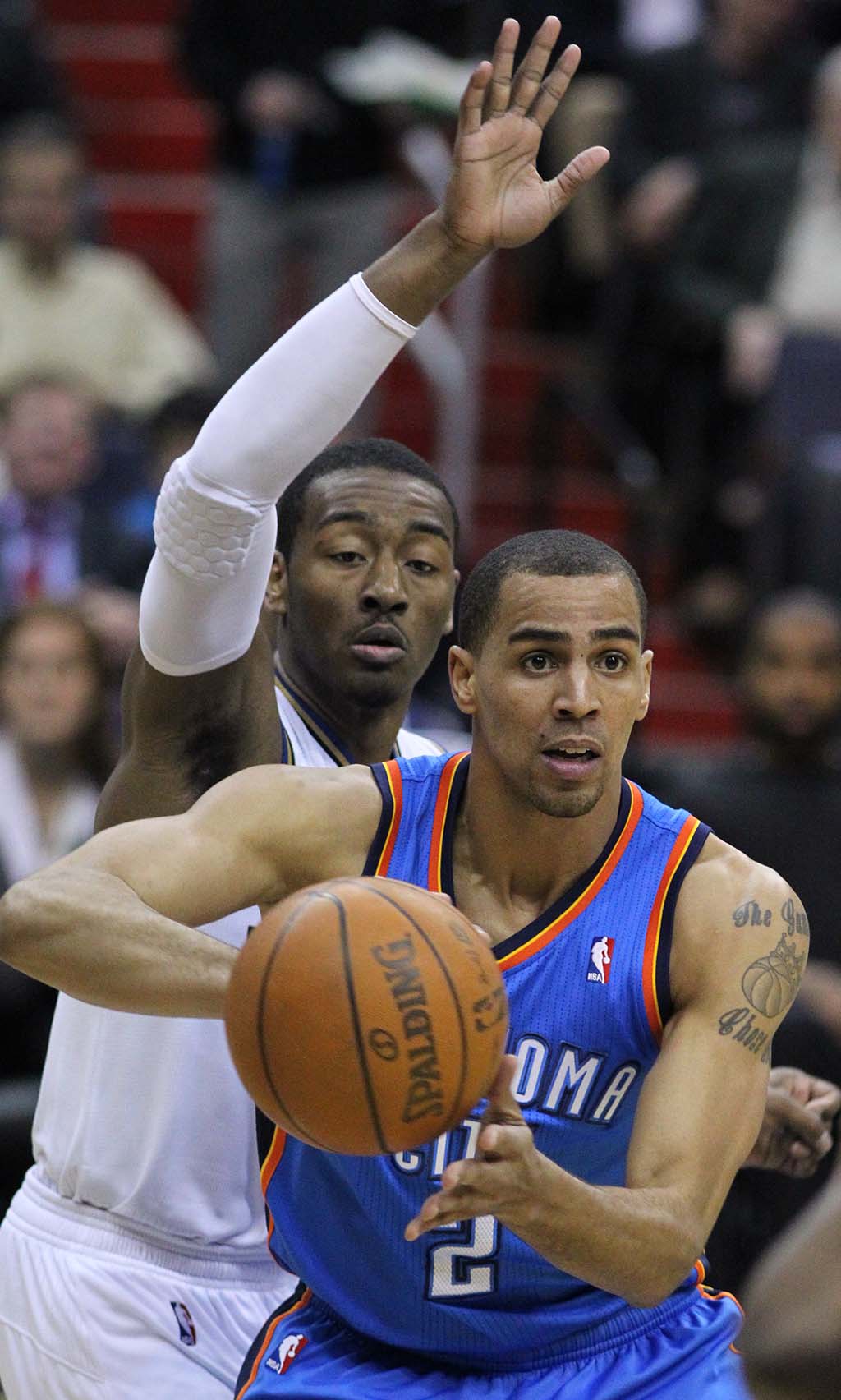 Thabo Sefolosha, the first Swiss-born National Basketball Association (NBA) player, was born May 2, 1984, in Vevey, Switzerland, to Patrick Sefolosha, a South African musician, and Christine Sefolosha, a Swiss painter. Sefolosha is a member of the Swiss National basketball team and currently plays for the Atlanta (Georgia) Hawks.

Sefolosha started playing basketball at age eleven and soon became one of the best players in Switzerland. After playing two years in the First League there, he took his talent to France, where he played for Elan Chalon, one of the top basketball teams in Europe. His career culminated in his third season, as he was picked to play in the all-star game and was regarded as one of the best players in Europe. From there, Sefolosha played one season in Italy before entering the NBA in 2006.

The Chicago Bulls drafted Sefolosha in the thirteenth pick in the 2006 NBA draft. After three years with the Bulls, Sefolosha was traded to the Oklahoma City (Oklahoma) Thunder on February 19, 2009.  During his time with the Thunder, he became one of the NBA’s best defenders, and in 2012 while he was on the Thunder, the team won the Western Conference finals.

On July 15, 2014, Sefolosha was acquired by the Atlanta Hawks in a sign-and-trade deal, along with the rights to Giorgos Printezis in exchange for player Sofoklis Schortsanitis. Sefolosha’s season, however, was cut short due to a broken ankle suffered during an incident with the New York Police on April 8, 2015. He and a teammate were arrested outside a nightclub in New York City for allegedly interfering with police after Milwaukee (Wisconsin) Bucks’ forward and fellow NBA player Chris Copeland was stabbed in the abdomen.

Sefolosha refused a no-plea bargain offered by the prosecutor’s office, and instead chose to let the case proceed to trial. Charged with three misdemeanor charges, obstructing government administration, disorderly conduct, and resisting arrest, he was found not guilty by a Manhattan jury on October 9, 2015.

On October 21, 2015, Sefolosha announced that he would file a lawsuit against the city of New York as well as the eight officers involved in his April arrest for up to $50 million in damages.