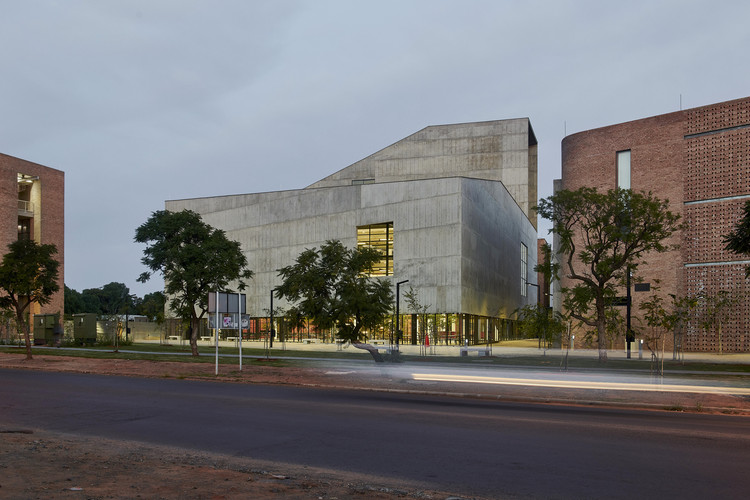 The Sol Plaatje University in Kimberley, South Africa, named for pioneer black journalist, author, and founding member of the African National Congress, Sol Plaatje, is a 21st century public university. Created under Section 20 of the Higher Education Act of 1997, it opened its doors to 124 students in 2014. As of 2019, the student body, initially drawn largely from the Northern Cape province but now from every province in South Africa, has grown to over 2,000 and the university has graduated 400 students to date.

As one of only two universities established in post-Apartheid South Africa, the other being University of Mpumalanga, it contributes to the expansion of access to Higher Education to formerly dispossessed and disenfranchised communities. Students come primarily from communities based in rural or urban townships; approximately 70% are African and 25% Colored. Sixty (60%) percent of students have an African home language and 25% speak Afrikaans. Figures fluctuate but those for 2017 indicate that 57% of the students are female and 58% of the staff are black.

Sol Plaatje University is centrally located in Kimberley. It has three campuses in close proximity: north campus houses primarily the administrative functions, south campus has student residences and sports facilities while central campus houses the academic functions in 21st Century state of the art buildings, including the award-wining university library.

Sol Plaatje University has four Schools: National and Applied Sciences; Economic and Management Sciences; Education; and Humanities. In addition to the Bachelors’ degrees, a sizable number of diplomas and certificates are offered. Additionally, by 2027, the university plans to grow postgraduate enrollment to 10% of the envisaged total of 7,500 students.

Approximately half of the student body majors in Education which in turn provides the Northern Cape province with badly needed teachers. The Economics and Management Sciences School contributes to local and provincial government capacity-building in Public Administration. Among its Information and Communication Technologies programs within the School of Natural and Applied Sciences, is an undergraduate degree in Data Science, the only one of its kind in South Africa. This degree responds to unique resources in the Northern Cape province, home to the South African Large Telescope (SALT), and joint host to the Square Kilometre Array (SKA) radio telescope.

Kimberley, known as Teemane in the local language, Setswana, means diamond and Kimberley, was once a major mining center, world-famous for its diamonds, discovered in 1870 and aggressively mined on an industrial scale until around World War I when the town began to decline economically, as Egoli, land of gold, known in English as Johannesburg, became the locus of South Africa’s economic growth. Today Kimberley boasts a mine museum with the largest man-made hole in the world. It also has a number of museums, important heritage and archaeological sites, as well as the rich cultural and human resource in indigenous local languages (Setswana, isiXhosa, Khoi and San languages). The Humanities School at Sol Plaatje University takes advantage of these local cultural resources through its flagship programs in Heritage Studies and Creative Writing in African Languages.