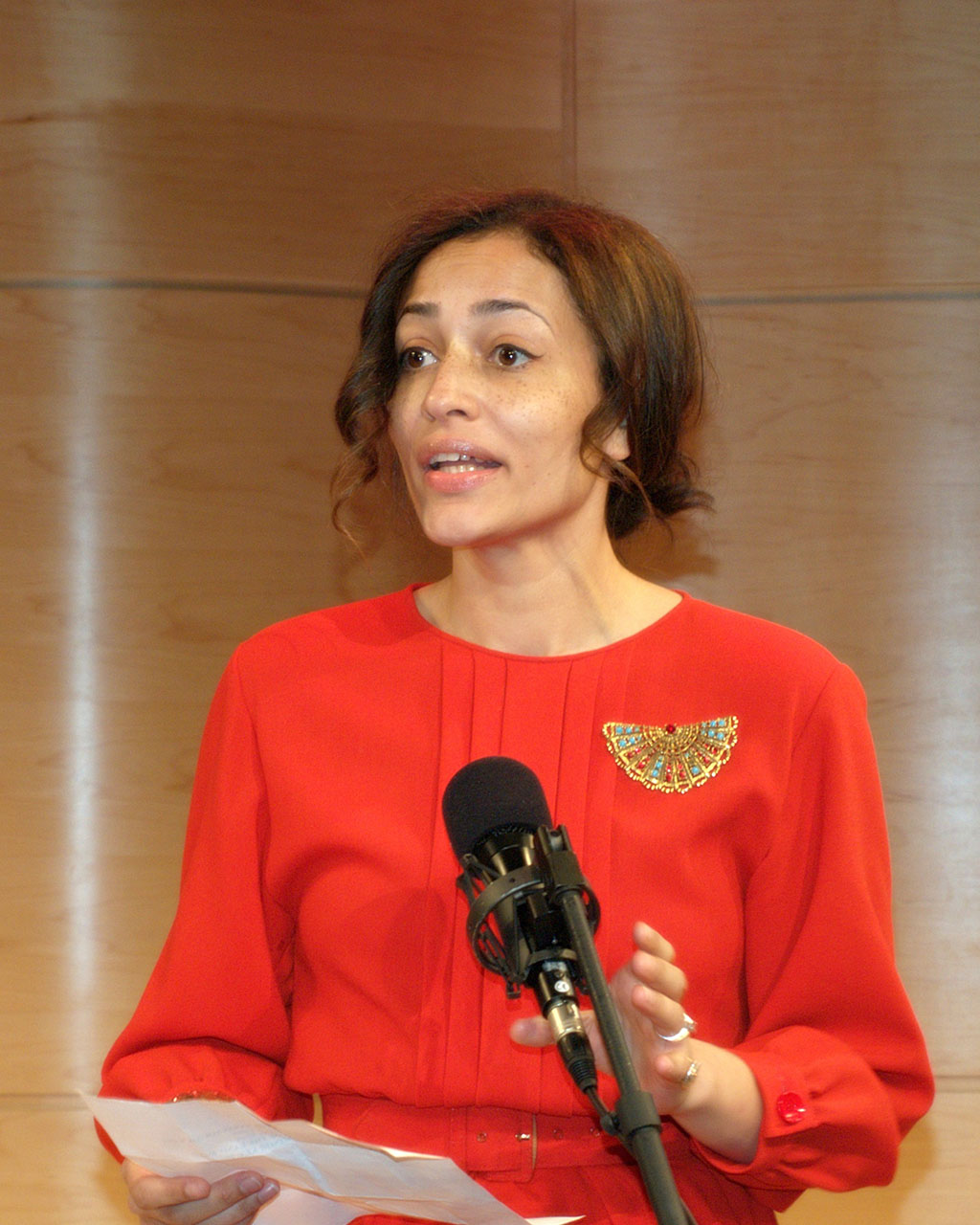 Zadie Smith, writer and essayist, was born in the London, UK borough of Brent on October 25, 1975. Smith was named Sadie by her mother, a Jamaican immigrant who arrived in London in the late 1970s, and her English father. Smith enjoyed tap dancing as a child and attended the Hampstead Comprehensive in Cricklewood, a section of London. It was here, during her adolescence, that she developed an appetite for literature and also changed her name to Zadie. Smith recalls that race was never the barrier she felt most keenly during this time. She was, however, consciously aware of not being middle class, and even more so of being a woman.

Smith began studying for an English Literature degree at King’s College, Cambridge in 1994. She excelled academically while performing part-time as a jazz singer. A year into her studies, Smith composed a story for publication as part of the “May Anthologies,” an Oxbridge creative writing collection. This entry led to a contract for her first novel, White Teeth.  The advance for the contracted book was rumoured to be worth around £250, 000. Still only 21, Smith graduated in 1996 from King’s with a First Class honours degree. It was also while at Cambridge that Smith met her future husband, Nick Laird. They were married in 2004 and the couple had a daughter, Katherine, in 2009.

White Teeth was published in 2000 amid critical acclaim. The novel explores the lives and narratives of individuals interacting in multicultural London, peppered with commentary on animal rights and Christian and Islamic fundamentalism. It has been translated into over twenty languages and won the Whitbread First Novel Award and the Commonwealth Writer’s Prize. White Teeth was also made into a television drama for British Channel 4, and secured Smith a nomination in a shortlist of the “Best of Young British Novelists” compiled by Granta Magazine. In a now famous interview with The Guardian newspaper, Smith dismissed the work only two years later (2002) as naïve fiction.

In 2003 Smith published her second novel, The Autograph Man, which explores themes of celebrity. This was followed in 2005 by On Beauty, in part a tribute to E.M. Forster’s work.

Smith has held a tenured position at the Institute of Contemporary Arts as writer-in-residence. She has been a Radcliffe Fellow at Harvard University, where she taught courses in creative writing and literary ethics and the novel. In September 2010, Smith became a tenured professor at New York University.