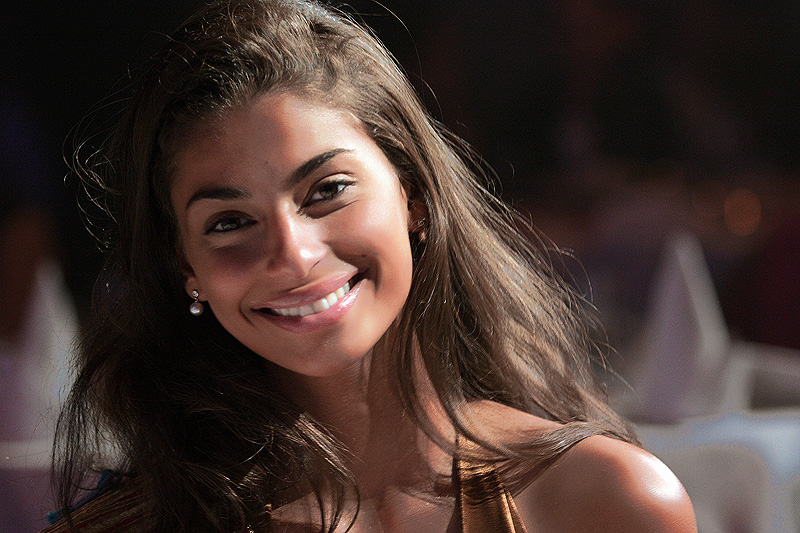 Tatiana Silva Braga Tavares is best known as the woman who was crowned Miss Belgium in 2005 and who represented Belgium in the Miss World competition in Sanya, China later that year.  Silva was born in the Brussels suburb of Uccle on February 5, 1985.   She was born into a middle class family.  Her mother is from Belgium and her father is Cape Verdean.

Nineteen-year-old Silva was studying to be a personal assistant (secretary) and working as a shop attendant at the time of the contest.  Silva was crowned Miss Belgium because of her appearance, her talent in dance, and her knowledge of a number of languages including French (her native language), Dutch, English, Portuguese, and Cape Verdean.

Silva’s selection resulted in a number of standard gifts that usually go to contest winners.  She was given a sports car and a diamond ring among other items.  Unlike contest winners in the United States and other nations, she was not given a scholarship to advance her education.   Silva served her one-year term as Miss Belgium, but after her reign, she was unemployed and suffered—as with other recent winners—post-triumph depression.

Eventually Silva found employment as a model and hostess for Belgian corporate events and in luxury shops in Antwerp and Brussels.  By the end of 2006 she was hired as an assistant to the Cooperation Secretary (a cabinet level post) in the Belgian government.  She also entered the Free University of Brussels, majored in political science, and graduated in 2008.

Silva began a short-lived singing career when in 2008 she released the single “I Can’t Wait.”  Afterwards she became an ambassador-at-large for the United Nations Children’s Fund (UNICEF) and later served as an ambassador for Handicap International.

In June 2011 she and Stromae, a popular Belgian singer and songwriter, began a public courtship.  When asked about the relationship by a reporter, she replied, “It is for life.”  The couple broke up in September 2012.

In 2013 Silva became a national television celebrity when she was hired by RTBF television channels in France and Belgium.  At first she reported weather forecasts but in 2014 she became the on-air host of a daily show, “Prenez soin de vous” for Belgium and French TV. She also works as a hostess for corporate events and a spokesperson for various Belgian brands.

Besides her television career, Silva is now the Belgian ambassador for Think-Pink (the campaign against breast cancer).  She also continues to promote the activities of UNICEF.