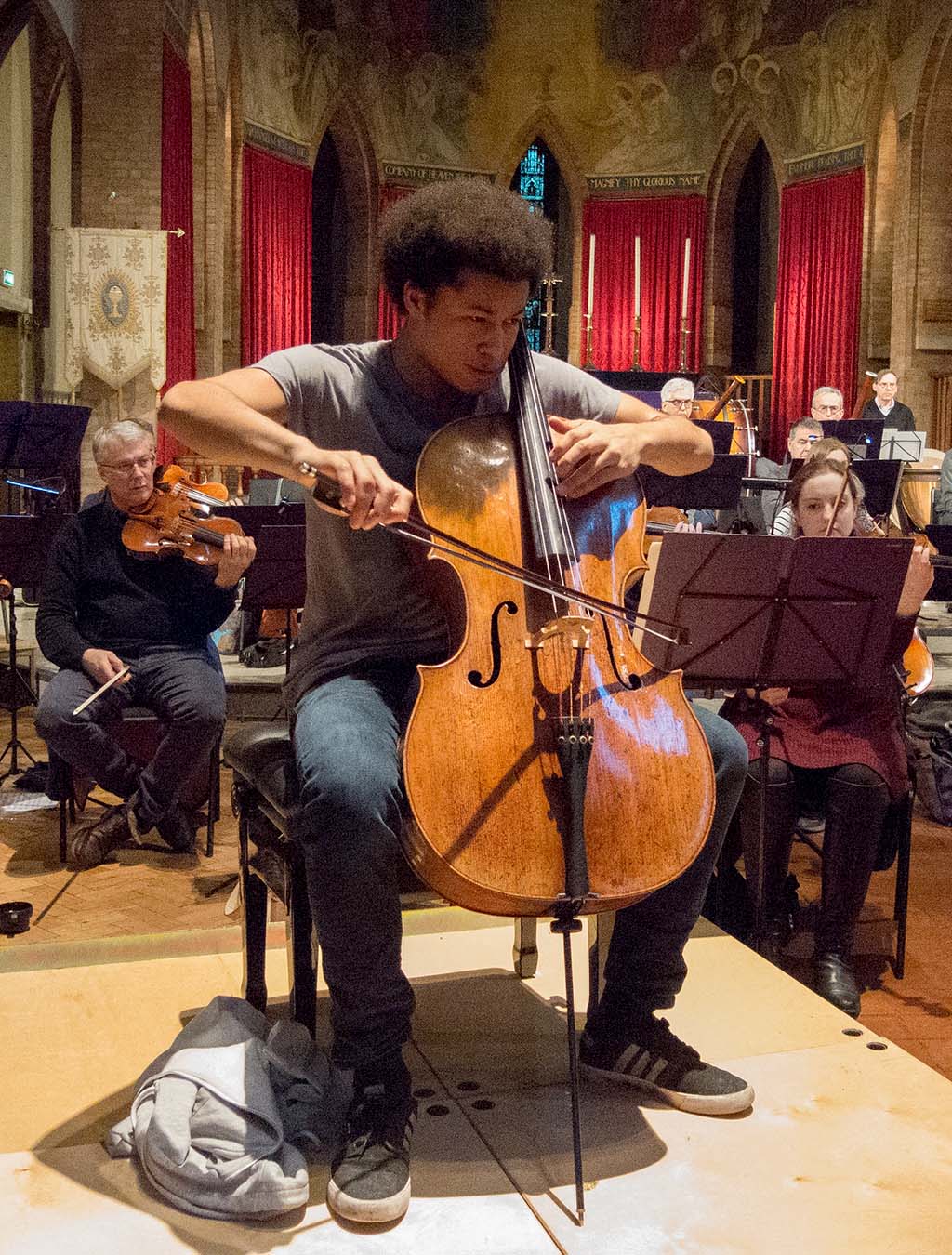 Sheku Kanneh-Mason is a teenage cellist who performed at the wedding of Prince Harry and American actress Meghan Markle on May 19, 2018. Born on April 4, 1999, Kanneh-Mason grew up in Nottingham, England with his six siblings. His father Stuart Mason worked as a hotel business manager; his mother Dr. Kadiatu Kanneh, a native of Sierra Leone, was a former literature lecturer at the University of Birmingham. Though neither of his parents were musicians, they encouraged their oldest child Isata to practice piano (she later became a Young Musician finalist and earned a scholarship from singer-composer Elton John to attend the Royal Academy of Music). This recognition put each of her younger siblings on a path to mastering a musical instrument, and thus propelling a family tradition of musical excellence.

After experimenting with the violin for just one month at age six, Kanneth-Mason switched to the cello because he wanted to outdo his older brother, Braimah, and perform with a larger instrument. By age nine, he had scored the highest in the nation in Grade 8 cello; won the Marguerite Swan Memorial Prize; and was granted a scholarship from the Associated Board of the Royal Schools of Music (ABRSM) to study at the Royal Academy of Music in London. He and his siblings achieved visibility when they appeared in 2015 on the television show Britain’s Got Talent. In 2016, he won the 38th BBC Young Musician of the Year competition with his rendition of Shostakovich’s Cello Concerto No. 1. Other awards and recognition include the Royal Philharmonic Society Young Instrumentalist Prize and the Southbank Breakthrough Award. Lionized by the press, he was profiled in the BBC Four’s 2016 documentary Young, Gifted and Classical: The Making of a Maestro. In 2017, Kanneth-Mason made his London debut at the King’s Palace and the Royal Albert Hall and, in early 2018, Decca Classics announced the release of his first album titled Inspiration which topped Britain’s classical music chart and even broke into the Top 20 in the Official UK Albums Chart.

Kanneh-Mason’s string of musical success caught the attention of Prince Harry who along with his then-fiancée Meghan Markle, had observed him at a London charity event. Markle called to personally request that he perform at their wedding at St. George’s Chapel in Windsor Castle. During the most anticipated wedding of the decade, Kanneth-Mason entertained the audience comprised of celebrities while the future Duke and Duchess of Sussex completed their marital documents. He rendered his interpretation of Maria Theresia von Paradis’s “Sicilienne,” followed by Gabriel Fauré’s “Après un Rêve,” and Franz Schubert’s “Ave Maria.” The global reaction from viewers in the televised event was immediate and overwhelmingly positive. With two billion viewers worldwide, the performance focused international attention on the young musician, his siblings, and parents.

Following the royal wedding, Kanneh-Mason was scheduled for recitals and concerts in the Netherlands, UK, France, Poland, Switzerland, Austria and the United States (Seattle, Atlanta, and New Orleans) and continues to perform globally.