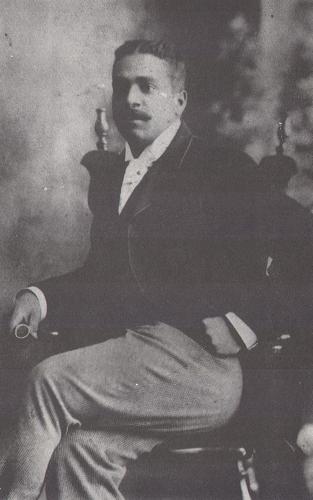 Alfred Schmitz Shadd, a black educator, physician, farmer, politician, editor and civic leader was born in Raleigh, Ontario in 1870. He was the fourth son of Garrison and Harriet Poindexter Shadd, a distinguished abolitionist family.

Shadd planned to become a doctor but trained as a teacher in Toronto and taught in Ontario for a year before pursuing medical studies at the University of Toronto. Due to limited finances, he interrupted his medical studies and resumed teaching in 1896 in the town of Kinistino, which is now in Saskatchewan but at the time was in the Northwest Territories.  After a year in Kinistino, he completed his medical studies at the University of Toronto and then returned to the Northwest Territories to practice medicine.

Shadd’s talents and energies became respected by both the Indians and white settlers of the prairie area. In 1902, Shadd’s interest in for farming led him to purchase his first farm where he experimented with growing crab apples. He later purchased a larger farm near Melfort, where his interest in agriculture became profitable. He became a successful cattle breeder, raised his own feed and employed many local workers. As a genuine farmer, Shadd founded and became the first president of the Melfort Agricultural Society and was pivotal in for formation of the Farmer’s Elevator Company.

By 1905, Shadd favoured Saskatchewan’s entry into Confederation, but demanded decentralized government and strong political control over policies directly involving the province. Shadd’s views were expressed in the Carrot River Journal, a paper he owned and edited from 1908 to 1912. Considered one of the finest editorial writers in the west, Shadd’s editorials spoke of Western rights, freight rates and grain prices, all topics that remain relevant on the Saskatchewan prairies today.

Shadd, who became Saskatchewan’s first black doctor, married Jeanette Simpson in 1907.  The couple had two children, Garrison and Lavina. Unfortunately, his domestic and professional lives where short lived. In 1915, Shadd was stricken with acute appendicitis, then a serious affliction. He died, at the young age of 45, shortly after an operation in Winnipeg, Manitoba.