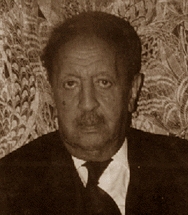 Amha Selassie, the last emperor of Ethiopia, was proclaimed ruler of the state three times, first in 1960, then in 1975, and finally while in exile in 1989.  Selassie was born Asfaw Wossen Tafari in the walled city of Harrar in August 1916 to Dejazmach Tafari Makonnen, then the governor of Harrar and future emperor of Ethiopia, and his wife Menen Asfaw. Amha Selassie became Crown Prince Asfaw Wossen of Ethiopia when his father was crowned emperor on November 2, 1930.

In December 1960, the Imperial Guard launched a coup and seized power in Ethiopia while the emperor was on a visit to Brazil. The coup leaders compelled the 44 year old crown prince to read a radio statement in which he accepted the crown in his father’s place and announced a government of reform. However, the regular army and the Ethiopian Orthodox Church refused to accept the new government, and the leader of the church, Patriarch Abune Baslios, issued an anathema against all those who cooperated with the coup leaders. Emperor Haile Selassie returned to Ethiopia and the army stormed the palace, where members of the government were being held prisoner by the Imperial Guards.

In 1973, Crown Prince Asfaw Wossen suffered a massive stroke and was evacuated to Switzerland for medical treatment.  He was accompanied by his wife and daughters and was living abroad when the Derg, a committee of Ethiopian Army officers, deposed Emperor Haile Selassie on September 12, 1974.  The crown prince returned to Addis Ababa, the capital, to lead the new government.  His brief reign ended seven months later when he was deposed and exiled by the Derg after they abolished the Ethiopian monarchy in March 1975.  He and his family fled the country and settled in London, UK.

In April 1989, Crown Prince Asfaw Wossen was again proclaimed “Emperor of Ethiopia” at his home in London by members of the exiled Ethiopian community. He took the throne name of Amha Selassie I.  Amha Selassie died of longtime ailments in Virginia, in the United States, at age 80 on February 17, 1997. He had never completely recovered from the massive stroke he experienced in 1973. His body was flown back to Ethiopia and buried in the imperial family vaults.