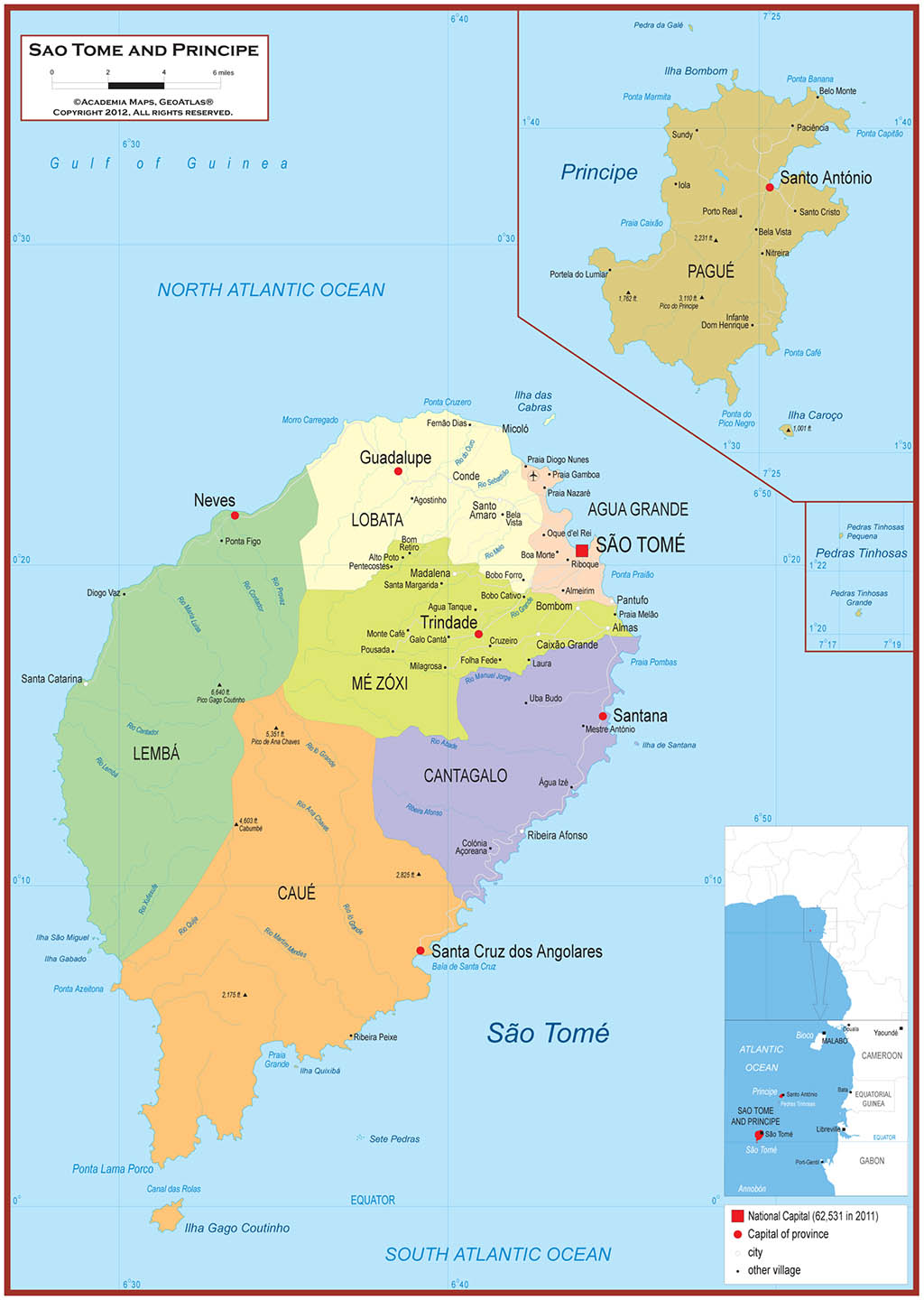 São Tomé, an African plantation society and slave trading post, lies in the Gulf of Guinea.  First discovered around 1470, São Tomé was not officially settled until the 1490s by Portuguese explorer Alvaro Caminha, who received the island as a land grant from the Portuguese Crown. In 1522, the Portuguese Crown took over the island. In approximately half a century, São Tomé turned from an unknown island in the Gulf of Guinea to a prominent exporter of cash crops grown by thousands of enslaved people.

When discovered by the Portuguese, São Tomé was uninhabited.  Portugal sent out settlers, many of them convicts or exiles, to populate the island; they also brought slaves from Africa to work the plantations.  Some enslaved people resisted and created a quasi-independent maroon state in the mountains.  They grew some food but mostly raided the plantations to survive.

This maroon colony evolved its own political leadership.  In the late 16th Century, Amador, “king of the slaves,” led the maroons and recruited hundreds of people to his ranks.  He and his followers nearly took control of the entire island in 1595 but were defeated by the Portuguese inhabitants.

By the mid 16th century, São Tomé became Africa’s most prominent exporter of sugar grown by African slave labor and became the model for the island plantation societies that eventually arose in the West Indies and other parts of the New World.  São Tomé’s distinction was short-lived.  By 1550 Brazil began exporting sugar as well, eventually becoming a major competitor.  The decline of sugar exports over the next 100 years ushered in new crops. Cocoa and coffee were introduced in the 18th century, with significant results.  Because the island is rich in volcanic soil, the crops flourished and by the 20th century, São Tomé became the world’s leading exporter of cocoa.  Slavery was not abolished in São Tomé until 1875.

By the 1950s São Toméans began to call for political independence from Portugal.  A small group of black residents formed the Movement for the Liberation of São Tomé and Príncipe (MLSTP), which began gaining significant popular support by the 1960s. By April 1974, they had successfully overthrown the Portuguese government.  After a short transitional period, São Tomé was granted independence on July 12, 1975.