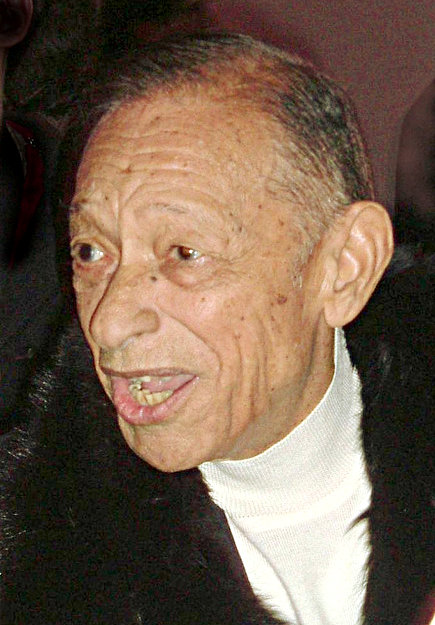 Henri Salvador was a popular 20th Century French entertainer, pop singer, and humorist.  His most popular and emblematic song was “Le lion est mort ce soir” or “Syracuse.” Salvador was born in Cayenne (French Guiana) on July 18, 1917 to parents from Guadeloupe.  His father, Clovis, was a civil servant and his mother, Antonine Paterne, was a Caribbean Indian.

In 1929 the family moved to France.  Henri quit school at 15 over the objections of his father and discovered circus life, becoming a street clown.  His aunt, Leona Gabriel, herself a professional singer, however, taught him to play music and introduced him to the violin, trumpet, drums, and guitar.

In 1933, sixteen-year-old Henri discovered the records of Louis Armstrong and Duke Ellington. Enthralled by jazz, he begun a career as a musician with his brother André in a Parisian cabaret, The Jimmy’s.  By 1935 he played with the great gypsy guitarist, Django Reinhardt, who took him in his band.

At 20, Salvador was conscripted into the French Army.  Resenting the racism he encountered and hating barracks life, he deserted, was arrested, and spent the next three years in a military prison.  After World War II began, Salvador, still in the Army, was sent to North France to fight the invading German Army.  When France fell in June 1940, he returned to Paris.

Despite the Nazi occupation of the city, by the end of 1941 he was working as a vocalist at Maxim’s, a famous French nightclub in the Ray Ventura Orchestra.  Between 1942 and 1946 he toured South America with Ventura, performing in Brazil, Argentina, Colombia, and Paraguay.  He soon developed a reputation as a singer and guitar player which gave him his first opportunity to work as a solo act in Brazil.

Back in Paris by 1947, his success at Bobino’s playhouse made him a nationally recognized performer.  In 1949 won the prestigious award of Academy Charles-Cros for his creole song recordings.  In 1950 Salvador met Jacqueline Garabedian, a young Egyptian student who became his wife and agent.

Salvador reached the height of his popularity in the 1950s and 1960s.  In 1961, he traveled to the United States to make his first television appearance on the Ed Sullivan Show.  By the 1960s he was a regular performer on French TV appearing in numerous musical entertainment programs. Between 1960 and 1972 he recorded more than 20 LP albums and dozens of singles including a popular 1972 satirical song about U.S. diplomat Henry Kissinger and his Vietnamese counterpart, Le Duc Tho, when the leaders met in Paris to craft the peace accords for Vietnam.

The death of Salvador’s wife in 1976 propelled him into a painful depression which almost ended his career.  He moved to Tahiti where he met singer Jacques Brel who urged him to continue to perform.

Salvador returned to the stage in the 1980s but success did not immediately follow.  His jazz records did not sell well as French musical tastes had shifted.  In the first years of the new century, Salvador teamed with younger artists such as Karen Ann and Benjamin Biolay to reach a new audience.  His Chambre avec vue album became a hit in 2000 and his last album Réverence (2006) was also successful.