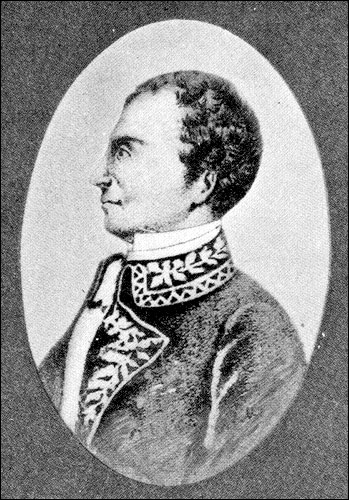 Benoit Joseph André Rigaud was a Haitian political and military figure, who controlled Southern Haiti during the country’s civil war against the North, then controlled by Toussaint Louverture during its war for Independence, 1791-1803. Rigaud was the leader of the Mulatto party after the Haïtien Révolution began and political chief of the island’s free colored people.

Rigaud was born in 1761 in Les Cayes, Saint-Domingue (present-day Haiti). He was born to Charles François Rigaud, a rich planter from France, and Rose Bossy, a black woman born into slavery but by that point free. At a young age, he was sent to Bordeaux, France, where he received a training in goldsmithery.

In France, Rigaud joined the French Army and fought during the American War of Independence as part of the French Haitian soldiers in Savannah, Georgia in 1779 and in 1790 in Guadeloupe when monarchist rebels on the island refused to free their black slaves as ordered by the new French Revolutionary government. Back in Haiti, he joined the militia in Les Cayes. After the Haitian Revolution began, he commanded indépendance forces called the Légion de L’Egalité du Sud (“The Southern Legion of Equality”), which fought the invading British Army in June 1794.

By 1796, Rigaud was the de facto leader of the South of Haiti for a short time, waging a Civil war with the Northern two thirds of Haiti, then controlled by Toussaint Louverture. Though they were not initially rivals, personal and political tensions between the two grew as Rigaud refused to give control of Southern Haiti to Louverture. These growing tensions led to the Guerre des couteaux (“War of Knives,” from June 1799 to July 1800), which was eventually won by Louverture, giving him control of the entirety of Haiti, and forcing Rigaud to flee to the last remaining French colony in the Caribbean, Guadalupe.

In 1802, André Rigaud participated in the Leclerc Expedition to Haiti led by General Charles Victor Emmanual Leclerc, whose goal was to overthrow Louverture, restore slavery, and exterminate part of the island’s black people. Although Leclerc captured Louverture and returned him to France, the expédition was an overall failure because the French failed to put down the Haitian independence forces or restore slavery.  Rigaud came to back to France with the French forces but shortly after that he was imprisoned in Fort de Joux, France in April 1803, in the same prison where Toussaint Louverture was held and eventually died. Rigaud survived and was eventually released.

Rigaud came back to Haiti in 1810. Soon afterwards he established himself as President of the South and attempted to persuade the South of Haiti to secede from the rest of the country, but that attempt was unsuccessful. He died on September 18, 1811 at the age of 50.

André Rigaud had always supported the rights of free mulattos, but had often shown resentment towards black Haitians: his black soldiers never rose to high ranks, and he was essentially in favor of slavery despite the major goal of the Haitian Revolution to end the practice. In his memoir, he said he has always “fought the enemies of France.” These elements make him a complex figure, both a revolutionary, fighting for his class’s rights (the mulattoes), and a loyalist to both the racial establishment and French power.