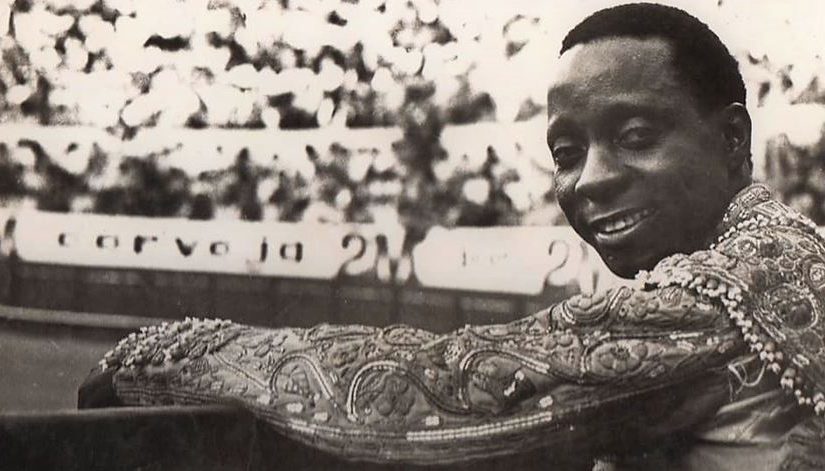 Ricardo Paulo Chibanga is recognized as the world’s first documented African bullfighter. He was born on November 8, 1942, in Lourenço Marques (present day Maputo), the capital of Mozambique where his father operated a pastry shop to support his family of seven children. At nine years old, Chibanga became enthralled with the sport of bullfighting and would visit the bullring near his home. He developed an interest in the costumes, performances, and dominance of the matadors, or bullfighters. Because of his connections at the bullring, he started disseminating bullfighting posters and advertisements to African tourists at the train station to lure them to the fights. Chibanga and his friends would also play around and mock bullfights in the style of the famous Portuguese bullfighters Diamantino Viseu and Manuel dos Santos. 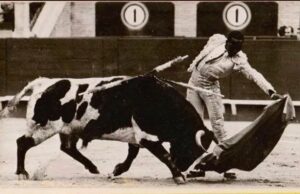 Around 1960, Alfredo Ovelha, a businessman, and Manuel dos Santos invited Chibanga to Lisbon, Portugal for a bullfighting festival. There Chibanga witnessed Manuel dos Santos and Diamantino Viseu perform bullfights on the same day. Instead of returning to Mozambique as originally intended, Chibanga stayed in Portugal. The renowned bull breeder, Joao de Silva, hired him to work as a vaquero, which involved attending to and caring for the bulls. In this role, Chibanga learned how to observe and understand the behavior of bulls which would later help him as a matador.

A few years later, Chibanga began his bullfighting career when Manuel dos Santos introduced him to Armando Soarez, another bullfighter, who added him to his entourage. During this time, Chibanga and the other performers assisted Soarez in wounding the bull, while Soarez, the lead performer, executed the animal. Between 1968 and 1969, Chibanga performed in more than 70 bullfights. 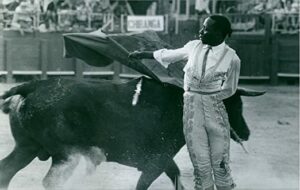 On August 15, 1971, he finally made his debut as a matador in Seville, Spain at the Maestranza bullring. Matadors Antonio Bienvenida along with Rafael Torres served as witnesses for his confirmation. In his debut ceremony, Chibanga became the 17th Portuguese bullfighter and the first of African descent to perform professionally in the sport. Thereafter, his performances attracted thousands of spectators including painters Pablo Picasso, Salvador Dali, and actor Orson Welles. Gaining much popularity, he became recognized for dancing in his colorful costume to confuse the bull and then leap forward to plant the banderillas, a decorated wooden stick with spiked ends, into the bull’s shoulder blades. 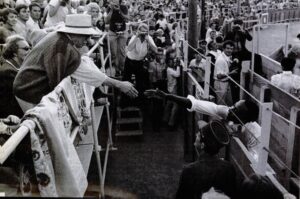 Throughout his career from 1971 to 1999, Chibanga achieved international acclaim. He toured bullfighting arenas around the world including Spain, Southern France, Mexico, Venezuela, the United States, Canada, Indonesia, and several countries in Africa. After retiring from bullfighting, Chibanga entered the business side of the bullfighting industry where he owned and managed a portable bullfighting ring in Golegã, Portugal.

In March 2019, Chibanga suffered a stroke and later died in his home in Golegã on April 16, 2019. He was 76. In 2001, prominent Portuguese bullfighters dedicated a bronze bust of Chibanga to the city of Golegã in his memory.