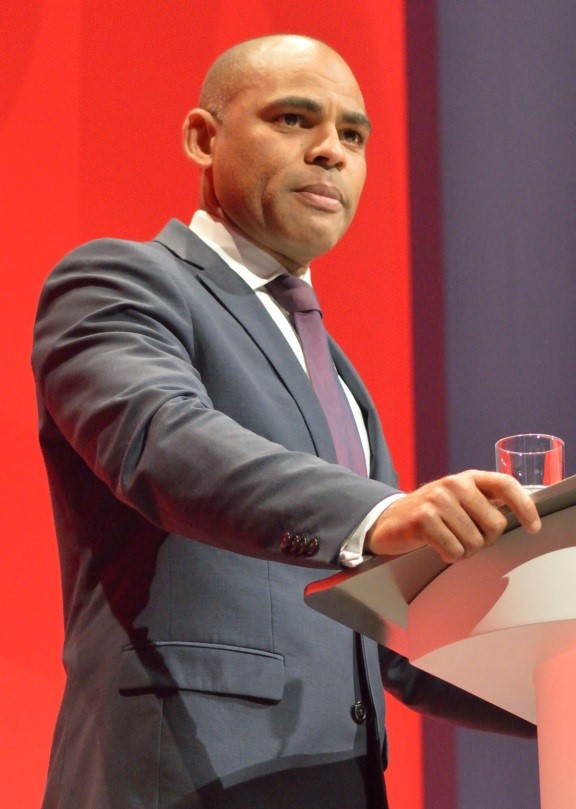 Since 2016, Marvin Jonathan Rees, a member of the British Labour Party, has presided as mayor of Bristol, England. Born in April 1972, he and his younger sister were raised in Lawrence Weston and Eastern, two of the poorer wards in the city, by his single mother, Janet Rees, a nurse. His father, Valentine Rees, arrived in Britain from Jamaica in the 1960s at age twelve and could recall seeing signs that read “No Irish, No Blacks, No Dogs.” His son withstood the racism of neighbors but nonetheless excelled in school. A minor eye defect thwarted Rees’ ambition to become an officer in the Royal Marines. Instead, he set off to the University of Wales in Swansea, Wales where he earned a master’s degree in political theory and government. In 2001, he was awarded a master’s degree in global economic development at Eastern University near Philadelphia, Pennsylvania; and he briefly attended Yale University on a World Fellowship.

While in the United States, Rees was an assistant at Sojourner Community Center in Philadelphia and a youth coordinator at Tearfund, an evangelical Christian charity. He later served as an assistant to Tony Campolo, an adviser of President Bill Clinton, organizing faith-based groups in response to welfare reform.

Rees returned to Bristol in 2001 to work as a program manager for the National Health Service (NHS) primarily concerned with delivering medical care to racial minorities in Bristol, North Somerset, and North Gloucestershire. He also became a freelance journalist and radio presenter on BBC Radio Bristol, Ujima Radio, and BBC Radio 5 Live. Having participated in Operation Black Vote (OBV) observing the activities of an MP (Member of Parliament), Rees joined the Labour Party in 2004 and took advantage of the Labour Future Candidate Programme.

Rees was director of Bristol Partnership and a member of the Bristol Legacy Commission. In 2012, he founded the City Leadership Programme, a personal development organization that trains the next generation of leaders from impoverished communities. That same year he made his first run for mayor of Bristol, losing to independent candidate George Ferguson. In the rematch on election day, May 5, 2016, Rees soundly defeated Ferguson by nearly 30,000 votes. He promised his voters to build 2,000 housing units annually, improve transportation and health services, relieve homelessness, and ease access to education and job skills. As mayor, he instituted “City Office” to help diverse groups and organizations work toward common goals for the city’s betterment. He also put forth a plan to tackle the budget deficit by cutting 1,000 government jobs.

Shortly after his historic election victory, 44-year-old Rees was asked if he might do something bold to address Bristol’s racist past. He answered with a smile: “It’s always on my agenda. But I think something has already been done. I got elected.” Rees continues to live in Easton with his wife, Kirsten, their two sons, Caleb and Levi, and their daughter, Eden.