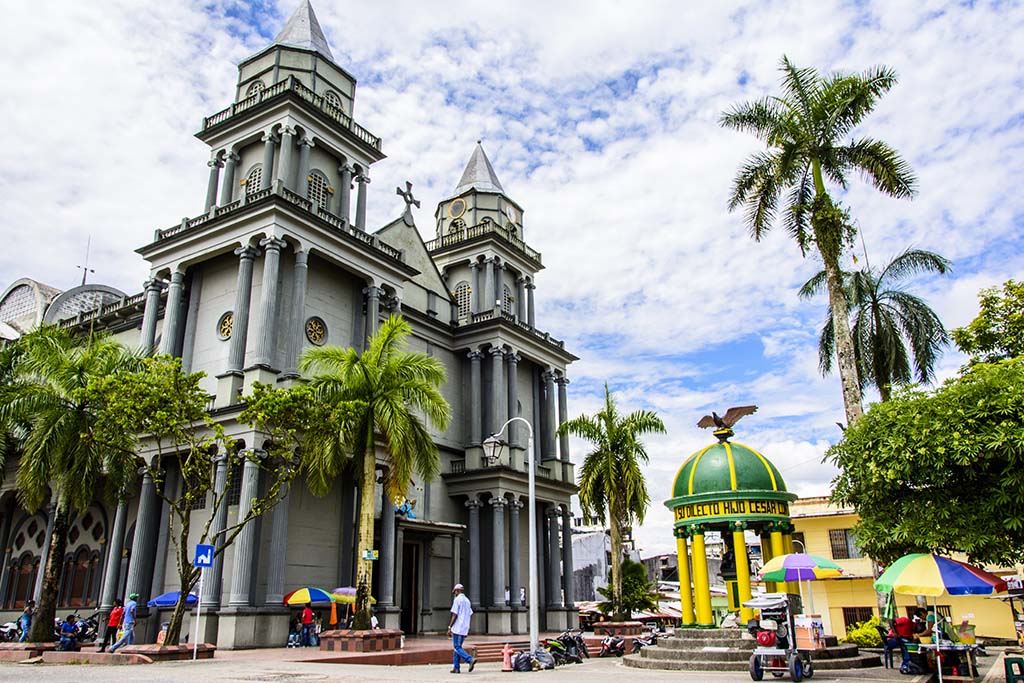 Quibdo is the capital of the Department of Choco in Colombia.  In 2008 the city had a population of 109,000 people. The population of the Choco region is overwhelmingly Afro-Colombian due to the history of slavery in the area. The city is somewhat isolated and is located close to the Atrato River. A 25 minute plane ride separates the city from Medellin, one of the largest cities in Colombia. Although Quibdo is a large city by Colombian standards, only the center of the city has concrete buildings and paved streets.  Most people in the city live in shacks made from wood or iron and live on dirt roads. Due to an inadequate water and sewage system the area experiences both drought, when the stored water supply is depleted, and flooding during times of heavy rains.

The history of the department of Choco and Quibdo dates back to the 16th century. Spanish explorers had known gold existed in the Choco region as early as 1511. Indigenous people were first used as slaves to mine for the Spanish but when disease and extremely difficult working conditions wiped out most of them, slaves from Africa were imported to become the major labor source in the mines.  Eventually so many slaves were brought to the area that by the early 1600s, most of the people in the region were of African origin.  Even today persons of African ancestry make up 84 percent of the population in the region.

Slavery in Colombia was finally abolished in 1851. Emancipation led to a downturn in the economy as mine owners abandoned the region. Ironically Afro-Colombians in the Choco region found they had relative autonomy in that they produced food and cash crops of their choosing and had political control of the area.  That autonomy ended when the Colombian government in the early 1970s introduced large scale soybean farming in the region.

The history of the city of Quibdo can be traced back to 1648 when the Franciscans, a Catholic religious order, were given land by the Embera Indians. Other Indians opposed the presence of the Catholics in the area and destroyed the city by 1650.  Quibdo was rebuilt in 1654 by Jesuits, led by Pedro Caceres and Francisco de Orta.

In February 1813 Quibdo declared itself independent of Spain. In 1825 it was renamed San Francisco de Quibdo. In 1948 the Colombian government created the Department of Choco and named Quibdo as the capital of the region.

Contemporary Quibdo and the surrounding Chaco region suffers from violence associated with the Revolutionary Armed Forces of Colombia–People’s Army (FARC) guerrilla group that has been battling the central government since 1964.  Because of the violence and the threat posed by the guerrillas, the city has a small army base.