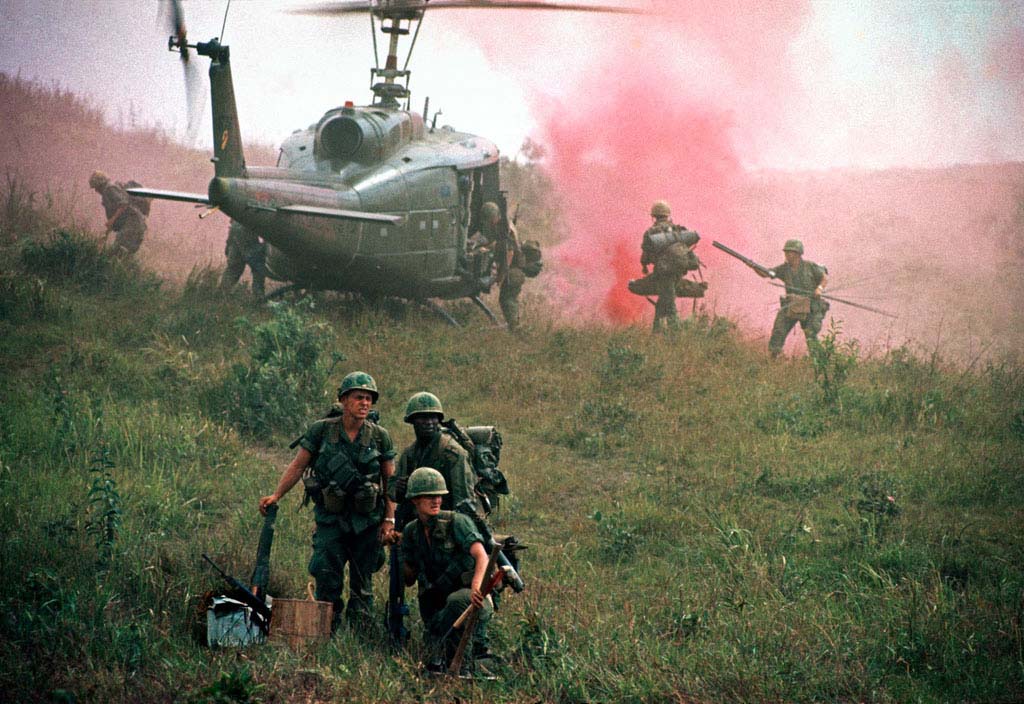 Project 100,000 was a program devised by the U.S. Department of Defense in 1966 to ease recruitment standards for the United States Army.  While the project was ostensibly promoted to allow inner city youth and poor young men from rural areas to join the military services as part of their climb out of poverty, it was eventually criticized for making them a significant segment of the combat personnel fighting in Vietnam.

Secretary of Defense, Robert S. McNamara, faced with the escalating demands for American soldiers in Vietnam, noted that the U.S. Marine Corps’ program of “repetition of training and special remedial efforts” turned low-aptitude inductees into effective marines.  On August 23, 1966, he announced at the Veterans of Foreign Wars annual convention that a similar plan would be enacted for the U.S. Army. He called it Project 100,000 stating that due to “appalling and tragic poverty in the United States,” over 100,000 young men per year did not qualify under Department of Defense fitness standards for active duty.  He then argued that with the military’s advanced education and medical techniques, those men could have successful military careers and later be productive members of society.

The label, “New Standards Men,” was given to those recruits who were enlisted under the Project 100,000 guidelines.  These recruits scored in an average range of 10 to 15 on mathematics and 16-20 on verbal skills on the Armed Forces Qualifying Test (AFQT). A score of 10 is the equivalent to a fifth grade education and many recruits were considered borderline or mildly “retarded.” McNamara never officially coupled the program with manpower needs in Vietnam. Rather he touted the program as benefitting the disadvantaged and boosting military volunteerism.

By 1969, 246,000 New Standards Men had enlisted in the Army, including 92% who were accepted because of lowered mental standards. They would account for 10.7 percent of total recruits from October of 1966 to September of 1969.

Because of the overwhelming need for manpower in Vietnam, 75% of the New Standards Men were inducted into the Army, while the rest were allocated to the three other branches. Rejection rates were surprisingly low. Overall, the Army’s failure rate was around 3 percent, Air Force, 9.5 percent, Navy, 6.5 percent, and the Marine Corp dropped 7.2 percent of the project men.

The “typical” Project 100,000 recruit was Caucasian in his early 20s and a high school dropout with sixth grade reading and mathematics abilities.  Black and Latino men, however, were vastly overrepresented in Project 100,000. Of the New Standards Men, over 40% were African Americans and of that number, 65% were from the South.   Some recruits were unable to speak English, others were considered too short or too tall under standard requirements.

Their most common military assignments were as infantrymen, artillery men, cooks, clerks, and truck drivers, with an overwhelming majority of them seeing combat. Out of the New Standards Men, African Americans were 44.5 percent of those who received combat assignments as opposed to 38.8 percent of whites. In the early years of the project, African Americans also comprised an overwhelming majority of New Standards battle deaths.  In the Marine Corps alone, blacks comprised 58% of the marines in what were considered dangerous military occupations in Vietnam.

The Pentagon began phasing out Project 100,000 in 1971 in efforts reach a “zero draft” status. In spite of Robert McNamara’s hopes for better lives for these soldiers, information gathered in the years after revealed that Project 100,000 men were “either no better off or actually worse off than their civilian counterparts.”