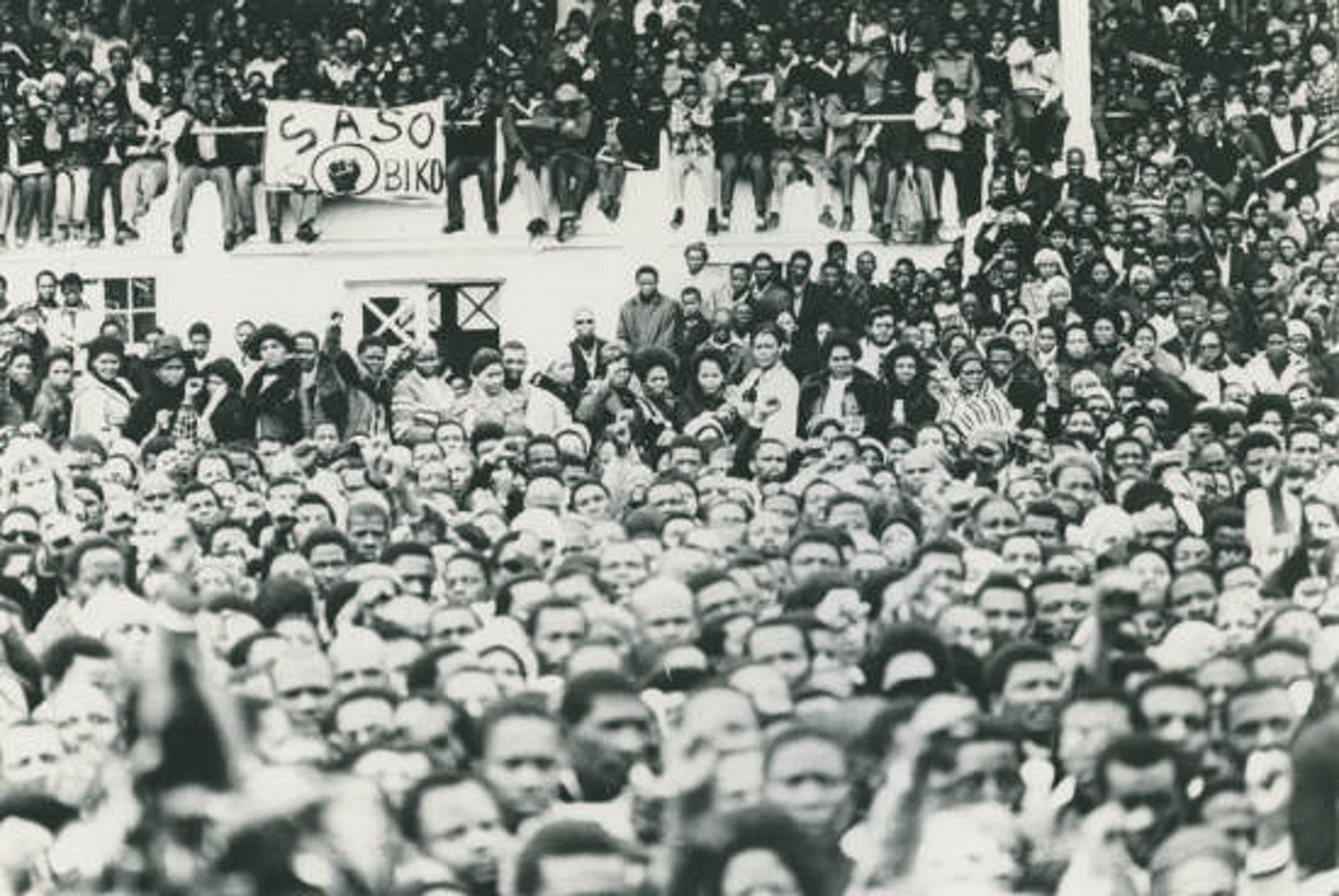 (2) Black theology asserts its validity and sees its existence in the context of the words of Christ, who in declaring His mission said: ‘He has sent me to bring good news to the poor, to proclaim liberty to captives, and to the blind new sight, to set the down-trodden free, to proclaim the Lord’s year of favour.’

(3) Black theology, therefore, understands Christ’s liberation not only from circumstances of internal bondage but also a liberation from circumstances of external enslavement. Black theology means taking resolute and decisive steps to free black people not only from estrangement from God but also from slave mentality, inferiority complex, distrust of themselves and continued dependence on others, culminating in self-hate.

And noting that:
(a) Christianity as propagated by the white dominant churches has proved beyond doubt to be a support for the status quo, which to black people means oppression. This is clearly demonstrated by their over-emphasis of interracial fraternization as a solution to the problems of this country, whereas they are fully aware that the basic problem is that of land distribution, economic deprivation and consequently the disinheritance of the black people;

(b) we hereby support those Christians in this country who are making a new departure to take the Christian message to the people of God, and consequently welcome the emergence of black theology.

Instructs:
(i) the secretary-general to convey the following message to all black seminaries and faculties of theology in black universities that they take a serious look at the training of black ministers and theologians whose roles SASO sees as being intrinsically interwoven with the surge towards Black Consciousness and liberation;

(ii) and further instructs the secretary-general to convey our belief that black people are best qualified to teach in these institutions, since they are the only ones who are able to focus theologically from the basis of their experience as blacks in a racist South Africa;

(iii) that black seminaries and faculties of theology take a serious look at the syllabuses with the intention of incorporating black studies as a necessary discipline in the training of black ministers and theologians since it is important that they be enabled at least to focus theologically on their blackness, which entails looking back and reassessing one’s history, culture, traditions and beliefs, looking at the present and assessing the theological and secular realities of the black experience and looking to the future and their Christian goals.