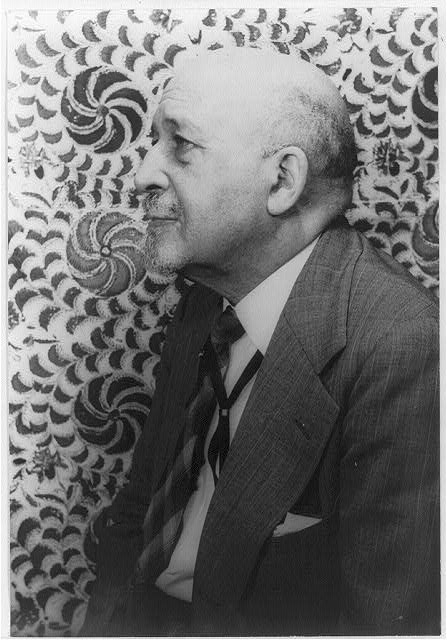 (1947) W.E.B. DuBois, “An Appeal to the World : A Statement of Denial of Human Rights to Minorities in the Case of citizens of Negro Descent in the United States of America and an Appeal to the United Nations for Redress.”

There are in the Unites States of America, fifteen millions or more of native-born citizens, something less than a tenth of the nation, who form largely a segregated caste, with restricted legal rights, and many illegal disabilities.  They are descendants of the Africans brought to America during the sixteenth, seventeenth, eighteenth, and nineteenth centuries and reduced to slave labor.  This group has no complete biological unity, but varies in color from white to black, and comprises a great variety of physical characteristics, since many are the off-spring of white European-Americans as well as of Africans.  Similarly, there is an equal and perhaps even larger number of white Americans who also descend from Negroes but who are not counted in the colored group nor subject to caste restrictions because the preponderance of white blood conceals their descent.

The so-called American Negro group, therefore, while it is in no sense absolutely set off physically from its fellow Americans, has nevertheless a strong, hereditary cultural unity, born of slavery, of common suffering, prolonged prescription and curtailment of political and civil rights; and especially because of economic and social disabilities.  Largely from this fact have arisen their cultural gifts to America—their rhythm, music and folk-song’ their religious faith and customs; their contribution to American art and literature; their defense of their country in every war, on land and sea; and especially the hard, continuous toil upon which the prosperity and wealth of this continent has largely been built.

The group has long been internally divided by dilemma as to whether its striving upward, should be aimed at strengthening its inner cultural and group bonds, both for intrinsic progress and for offensive power against caste; or whether it should seek escape wherever and however possible into the surrounding American culture.  Decision in this matter has been largely determined by outer compulsion rather than inner plan; for rabid and prolonged policies of segregation and discrimination have involuntarily welded the mass almost into a nation with an nation with its own schools, churches, hospitals, newspapers, and often other business enterprises.

The result has been to make American Negroes to a wide extent provincial, introvertive, self-conscious, and narrowly race loyal; but it has also inspired them to frantic and often successful effort to achieve, to deserve, to show the world their capacity to share modern civilization.  As a result there is almost no area of American civilization in which the Negro has not made credible showing in the face of all his handicaps.

If however the effect of the color caste system on the American Negro has been both good and bad, its effect on white America has been disastrous.  It has repeatedly led the greatest modern attempt at democratic government to deny its political ideals, to falsify its philanthropic assertions, and to make its religion a vast hypocrisy.  A nation which boldly declared “All men equal,” proceeded to build its economy on chattel slavery; masters who declared race-mixture impossible, sold their own children into slavery and left a mulatto progeny which neither law nor science can today disentangle; churches which excused slavery as calling the heathen to God, refused to recognize the freedom of converts or admit them to equal communion.  Sectional strife over the vast profits of slave labor and conscientious revolt against making human beings real estate led to bloody civil war, and to a partial emancipation of slaves which nevertheless even to this day is not complete.  Poverty, ignorance, disease, and crime  have been forced on these unfortunate victims of greed to an extent far beyond any social necessity; and a great nation, which today ought to be in the forefront of the march toward peace and democracy, finds itself continuously making common cause with race hate, prejudiced exploitation and oppression of the common man.  Its high and noble words are tuned against it, because they are contradicted in every syllable by the treatment of the American Negro for three hundred and twenty-seven years.

In the Constitution of the United States, Negroes are referred to as fellows although the word “slave” is carefully avoided before the thirteenth amendment.  Article I (1787) Section 2, apportionment of members of the House of Representatives: “Representatives and direct taxes shall be apportioned among the several States which may be included within this Union, according to their respective numbers, which shall be determined by adding to the whole number of free persons, including those bound to service for a term of years, and excluding Indians not taxed, three-fifths of all other persons.”  “Other persons” means Negro slaves.  Article I, Section, 9 “The migration or importation of such persons as any of the States now existing shall think proper to admit, shall not be prohibited by the Congress prior to the year one thousand eight hundred and eight, but a tax or duty may be imposed on such importation, not exceeding ten dollars for each person.”  “Each person” refers to Negro slaves.  Article IV, (1787) Section 2, “No person held to service or labor in one State, under the laws thereof, escaping into another, shall, in consequence of any law or regulation therein, be discharged from such service or labor, but shall be delivered upon claim of the party to whom such service or labor may be due.”  This refers particularly to fugitive slaves.  Article XIII (1865) Section 1.  “Neither slavery nor involuntary servitude, except as a punishment for crime, whereof the party shall have been duly convicted, shall exist within the United States, or any place subject to their jurisdiction.  Section 2. Congress shall have power to enforce this article by appropriate legislation.”  Article XIV, (1868) Section 1. “All persons born or naturalized in the United States, and subject to the jurisdiction thereof, are citizens of the United States and of the State wherein they reside.  No State shall make or enforce any law which shall abridge the privileges or immunities of citizens of the United States; nor shall any State deprive any person of life, liberty or property, without due process of law, not deny to any person within its jurisdiction the equal protection of the laws.  Section 2. Representatives shall be apportioned among the several States according to their respective numbers, counting the whole number of persons in each State, excluding Indians not taxed.  But when the right to vote at any election for the choice of electors for President and Vice-President of the United States, representatives in Congress, the executive or judicial offers of a State, or the members of the Legislature thereof, is denied to any of the male inhabitants of such State, being twenty-one years of age, and citizens of the Untied States, or in any way abridged, except for participation in rebellion or other crime, the basis of representation therein shall be reduced in the proportion which the number of such male citizens shall bear to the whole number of male citizens twenty-one years of age in such State.  Section 3.  No person shall be a senator or representative in Congress, or elector of President or Vice-President, or hold any office, civil or military, under the United States, or under any State, who having previously taken an oath as a member of Congress, or as an officer of the United States, or as a member of any State Legislature, or as an executive or judicial officer of any State, to support the Constitution of the United States, shall have engaged in insurrection or rebellion against the same, or given aid or comfort to the enemies thereof.  But Congress may, by a vote of two-thirds of each house, remove such disability. Section 4. The validity of the public debt of the United States, authorized by law, including debts incurred for payment of pensions and bounties for services in suppressing insurrection or rebellion, shall not be questioned.  But neither the Untied States nor any State shall assume or pay any debt or obligation incurred in aid of insurrection or rebellion against the United States, or any claim for the loss or emancipation of any slave; but all such debts, obligations, and claims shall be held illegal and void.  Section 5.  The Congress shall have power to enforce, by appropriate legislation, the provisions of this article.”  Article XV, (1870) Section 1. “The rights of citizens of the United States to vote shall not be denied or abridged by the United States, or by any State, on account of race, color or previous condition of servitude.  Section 2.  The Congress shall have power to enforce this article by appropriate legislation.”

We appeal to the world to witness that this attitude of America is far more dangerous to mankind than the Atom bomb; and far, far more clamorous for attention than disarmament or treaty.  To disarm the hidebound minds of men is the only path to peace; and as long as Great Britain and the United States profess democracy with one hand and deny it to millions with the other, they convince none of their sincerity, least of all themselves.  Not only that, but they encourage the aggression of smaller nations: so long as the Union of South Africa defends Humanity and lets two million whites enslave ten million colored people, its voice spells hypocrisy.  So long as Belgium holds in both economic and intellectual bondage, a territory seventy-five times her own size and larger in population, no one can sympathize with her loss of dividends based on serf labor at twenty-five to fifty cents a day.  Seven million “white” Australians cannot yell themselves into championship of democracy for seven hundred million Asiatics.

Therefore, Peoples of the World, we American Negroes appeal to you; our treatment in America is not merely an internal question of the United States.  It is a basic problem of humanity; of democracy; of discrimination because of race and color; and as such it demands your attention and action.  No nation is so great that the world can afford to let it continue to be deliberately unjust, cruel and unfair toward its own citizens.

This is our plea to the world; and to show its validity; we are presenting you with the proof.  The National Association for the Advancement of Colored People, with more than a half million members, has asked four scholars under my editorship to present chapters showing in detail the status of American Negroes in the past and today, in law, administration and social condition; and the relation of this situation to the Charter of the United Nations.

The writer of the second chapter is an American Negro, Earl Dickerson of Chicago.  Mr. Dickerson is a practicing lawyer and formerly a member of the legislature of the state of Illinois.

The third chapter is by William R. Ming, Jr. of the federal office of Price Administration and recently had been made a member of the institute of social scientists and lawyers of the University of Chicago.

Rayford R. Logan the writer of the fourth chapter is a Harvard doctor of philosophy and history; 1st Lieutenant in World War I and now professor of history at Howard University.  He has written Diplomatic Relations of the United States and Haiti,  The Operation of the Mandate System in Africa, and The Negro in the Post-War World.  He was editor and contributor to What the Negro Wants.

BlackPast, B. (2011, May 03). (1947) W.E.B. DuBois, “An Appeal to the World : A Statement of Denial of Human Rights to Minorities…”. BlackPast.org. https://www.blackpast.org/global-african-history/primary-documents-global-african-history/1947-w-e-b-dubois-appeal-world-statement-denial-human-rights-minorities-case-citizens-n/