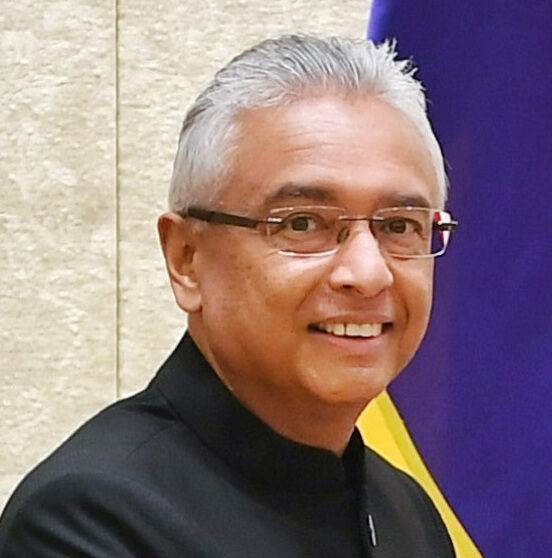 Mauritius Prime Minister Pravind Kumar Jugnauth, a lawyer, was born of Hindu heritage on December 25, 1961, in Vacoas-Phoenix, Mauritius, to Anerood Jugnauth, the Prime Minister of Mauritius who served more than 18 years in that office, and Sarojini Jugnauth, an elementary school teacher. He had one sister, Shalini Jugnauth Malhotra.

Jugnauth graduated from the prestigious state high school, The Royal College Curepipe, in the town of Curepipe, in 1971 and then studied law at the University of Buckingham in Buckingham, United Kingdom. Afterward, he earned a Diplôme en droit civil (Civil Law) from Aix-Marseille Université (Université de Provence) in Marseille, France.

In 1992, Jugnauth married Kobita Ramdanee. They parented three daughters, Sonika Jugnauth, Sonali Jugnauth, and Sara Jugnauth. From 1996 to 2000, he was the Councilor in Vacoas-Phoenix.

Beginning in 2000 Jugnauth entered public service in his island nation when at the age of 39 he was appointed Minister of Agriculture by his father. While in that post he grew the sugar sector of the economy, encouraged hydroponics, and was instrumental in establishing the nation’s first National Agricultural Biotechnology Institute and Food Technology Laboratory. He also reduced taxes on multiple agricultural commodities. By 2003 he had become the leader of the Militant Socialist Movement (MSM) party, founded by his family, and served as the Deputy Prime Minister from 2003 to 2005.

In 2005, Jugnauth received an Honorary Doctorate from the University of Buckingham. Five years later, in 2010, he was elected Vice Prime Minister for a one-year term that ended in 2011.

In 2019, Jugnauth, up to that point the appointed incumbent, was elected to the post of Prime Minister when his party, the Militant Socialist Movement, in a coalition with smaller parties, gained 63% of the seats in parliament. Shortly afterward Jugnauth traveled to India to discuss trade and maritime security with India’s Prime Minister, Narendra Modi.

In 2022, Prime Minister Pravind Kumar Jugnauth returned to India in a bid to develop closer ties between Mauritius and Uttar Pradesh, a state in northern India that was the ancestral home to many Mauritians. He also used the trip to continue to strengthen overall bilateral relations with the entire nation of India.